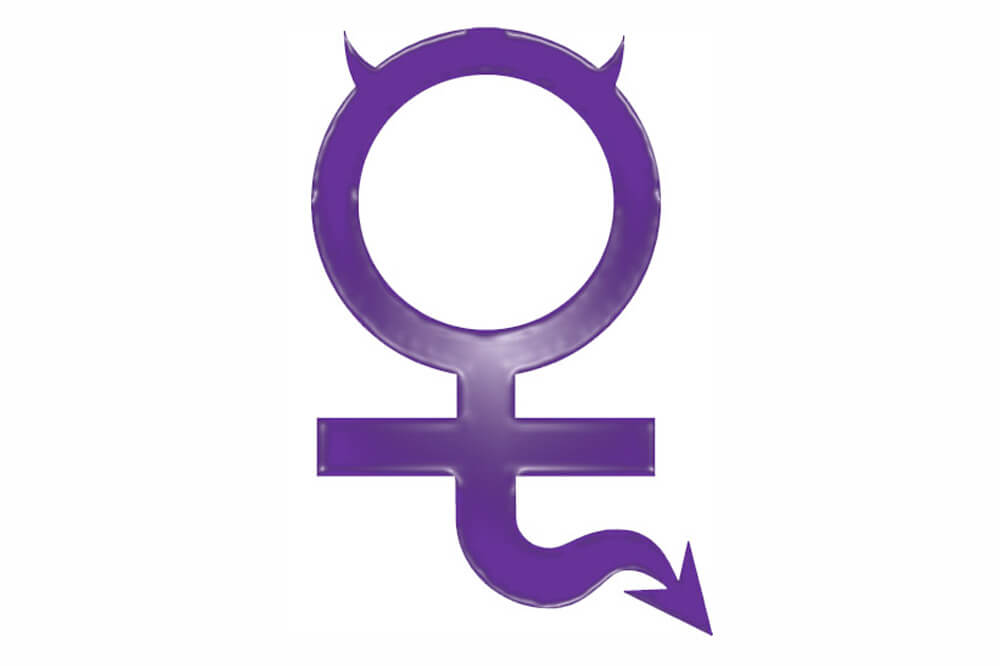 SHE DEVIL, the name of a Marvel heroine and the title of a film, alludes in a playful way to the devilish and bizarre spirit with which artistic experience investigates and lives daily life. In this edition the works are also presented as investigative notes and reflections on the female, a balance between external reality and the internal world. Themes regarding individuality, identity and physicality are compared and related to history, memory, role models and stereotypes of the female in the wide number of ways. However a definitive reading is never given; indeed further questions are raised.

Curated by Daniela Cascella
NOOSHIN FARHID
She Wants Me To Go To Heaven
single screen video, 2001, 16′

The flat and seamless talk by Her is drowned in the sound of a typewriter, which erases the claims of the talk and reveals its monotony of tones and topics. He is sitting by Her, but his closeness is only an edited image: it’s just the shell of his body that lies where it should. In fact, He only shows himself in a number of separated frames, and He talks about himself only when She is missing from the screen. And, by means of few, dry sentences (as opposed to the continual flow of her chattering) he expresses his own sense of displacement – an emigrant to the UK from Iran, he’s unable to find the right words: he begins to tell a story but can’t take it to an end, he finds himself dealing the impossibility of a language which does not belong to him, yet he affirms the will to remain among the “Earthly People”. Gestures, glances and words taken from the innermost soul because they are necessary, and only when necessary, against any prosaic excess of explanations.

A simple scenery, such as a walk in the park in a sunny day, or such as a futile attempt to burst into common’s people’s day-to-day life with a soppy American movie from the Sixties that invites to always be on the “solar side of life”. So it is the video of the young Dutch Julia Weidner: a series of mini-gag of passers-by are shooted in real time. Captured in a private and anonymous moment, they are suddenly interrupted by a witty and innocuous musical comment composed by the artist. This sound-track transforms every scene into a sort of sketch, which portrays a specific social condition with a subtle irony and with witticism and, at the same time, poses the question why contemporary art today can possibily deal with themes such as optimism and populism.

Main characters of these paintings are women, represented when they are attacked by defence instincts or amuck, drawing their guns against the enemy. An unknown enemy, because he/she remains out of the scene, so that the attention of the viewer is focused on female expression only, which is so pursed as far as monstrous. Lucia Lamberti’s starting points are low definition movies, that she downloads from internet; first she selects frames, then she decodes it through painting. As the artist is faking the pixels, the patterns are vibrant, and female beauty is complitely turned into anything else. The scenes are dynamic and worried, and the idea of female beauty’s been distressed by rage, madness, fear.

Blendie is a video-performance that investigates with humour the relationship between man and technologies. A software created by the artist enables a blender from the Fifties, to react to the human voice, becoming an interlocutor that from time to time seems not to respond to the human stimulus, revealing an own consciousness. As the result from a long research in design, engineering and psychotherapy, Blendie belongs to the broader project “Machine Therapy”, the construction of empathic machines, as is the case of Blendie, opens up paths of reflection on the social response to the integration of technology in the day-to day life of the post-industrial era.

here below are some frames from SHE DEVIL. 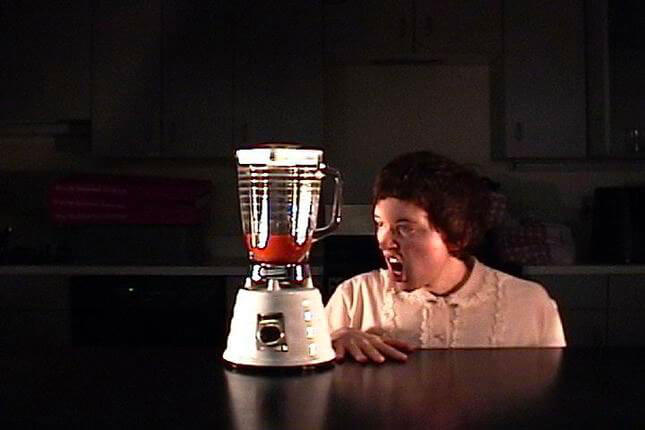 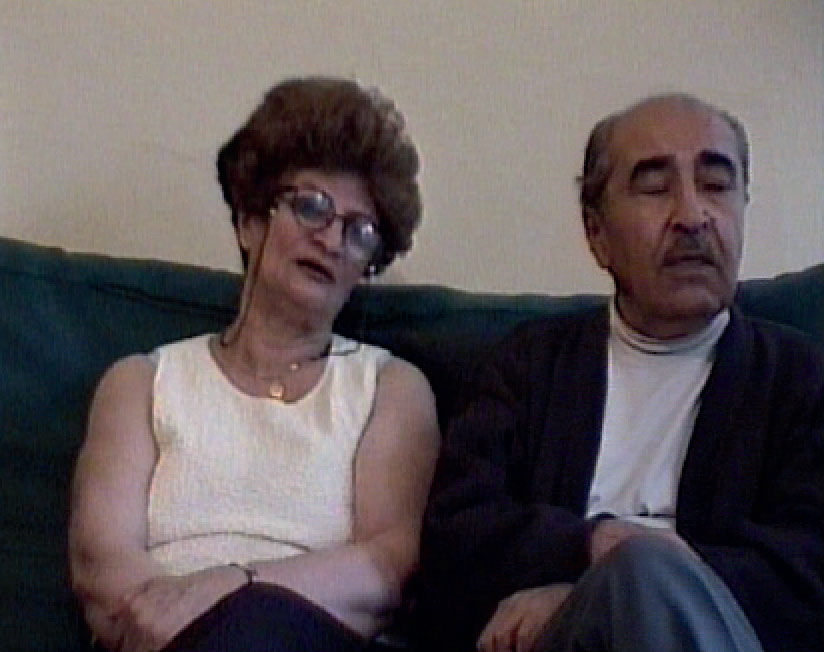 Studio Stefania Miscetti | Exhibitions / Projects | She Devil 1 | Nooshin Farhid: She Wants Me to Go to Heaven | Curated by Daniela Cascella