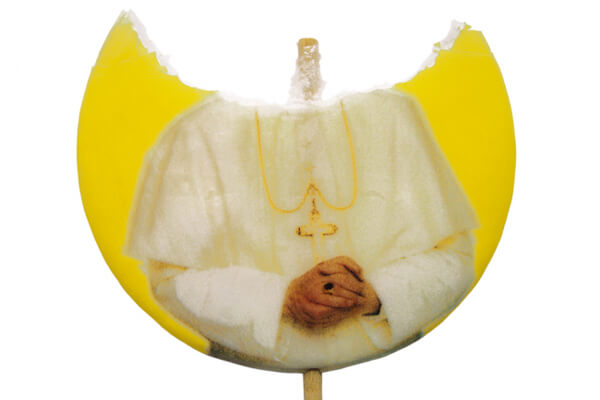 opening hours:
tuesday to Saturday, 4–8pm
or by appointment

STUDIO STEFANIA MISCETTI presents Vivono e lavorano a Roma, Nordine Sajot’s solo show curated by Elena Giulia Rossi. On the occasion of the exhibition, photographs from the recent cycle Physical Culture White Spirit will be accompanied by a new series of sculptures, Ex-voto 2008, as well as by the Italian preview of the video Vive e lavora a Roma.

The French artist, who moved to Rome in 2005, employs a variety of media in order to investigate the gestures associated with table manners as a distinguishing factor of social status to open up to the phenomenon of cultural assimilation the way it becomes visible from each different behavioural model. Food is devoured and digested in a gesture that becomes “ritual”, in the same way information is assimilated, leading towards new social identities. The rituality of gestures that in the past cycle of Physical Culture was depicted in the daily food habits, in the works shown at STUDIO STEFANIA MISCETTI goes a step further by making explicit the connection that exists between day-to-day rite and religious rite.

A lollypop depicting the Pope (currently on sale in souvenir shops around the Vatican) is consumed at the accelerated rythm of the video Vive e lavora a Roma in an action which unfolds backwards. The couples of men and women in Physical Culture White Spirit are portrayed in actions recognizable as marriage ceremony rituals, such as the clinking of glasses and the cutting of the cake. The objects are removed from the image in order to isolate gestures that are recognizable by our collective memory.

The white colour, which the title White Spirit alludes to, clothes all the characters in the photographs and goes beyond being a religious reference, to become unity and purity, reconnecting it to body language’s universality which finds a medium of exchange at the dining table. The upper limbs, focal points of the ritual gesture, are extrapolated from the image and they materialize into the “ex-voto” sculptures becoming pagan cult objects. The artist states that ‘the shapes isolate and unify the body, the gesture, the object and the food, creating surfaces/sculptures that represent them’.

The Ex-voto’s silhouettes are isolated from the image in order to build a dialogue among them in the same way the different media with which Nordine Sajot produces her work do: videos, photographs, and sculptures created in different materials, such as felt, as the one employed for the Ex-voto on show at the Not Gallery in Naples until April the 30th 2008, and brass, such as the one used for the works depicted in this show, and for the ones acquired by the Unicredit’s permanent collection.

here below some images from NORDINE SAJOT’s vivono e lavorano a roma. 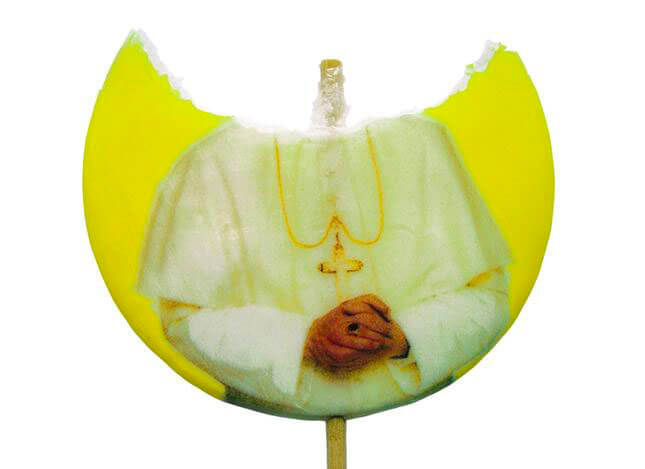 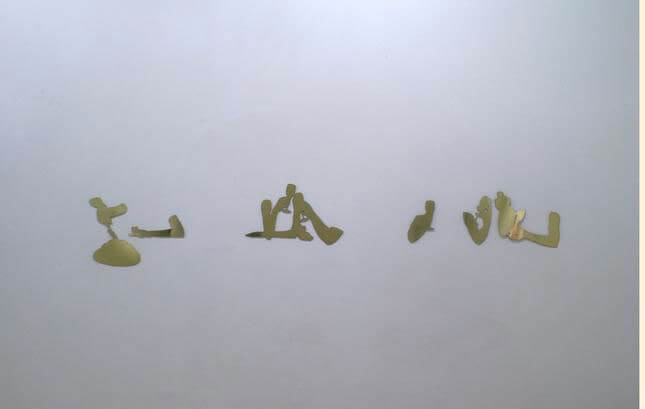 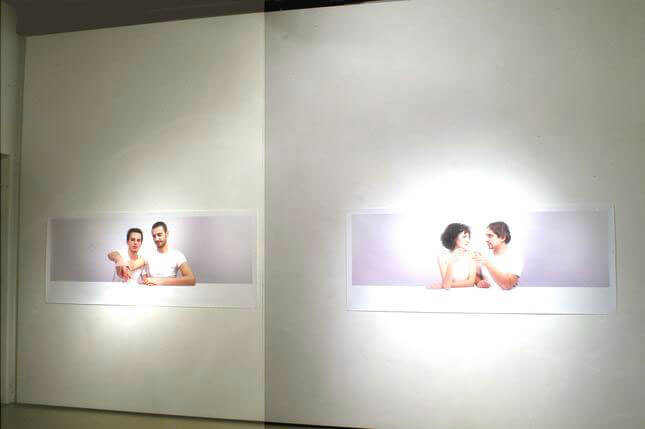 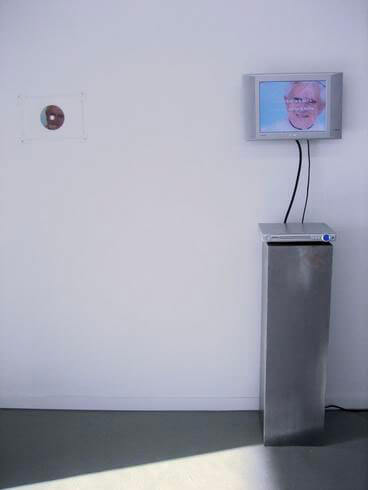 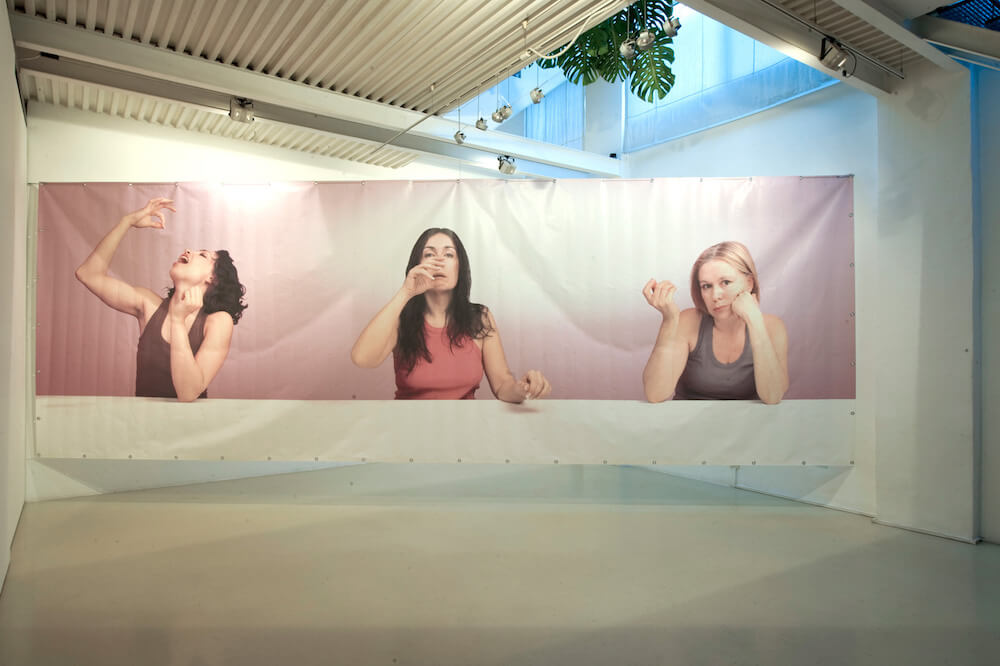