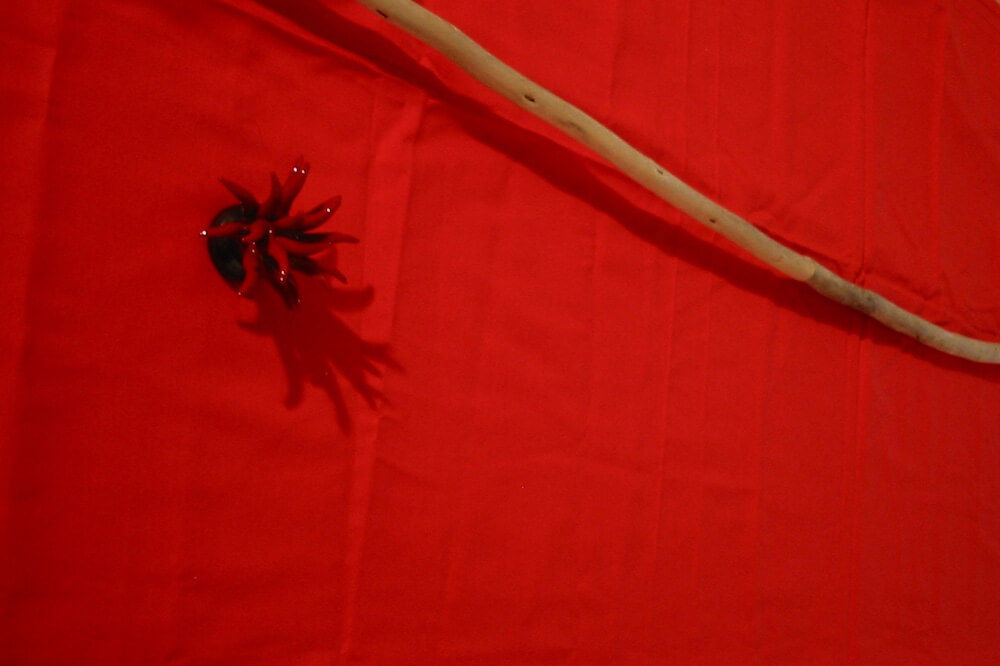 The Gallery of RISD hosts the latest work of MAURIZIO PELLEGRIN, Laguna rossa, which ends a trilogy on the Venetian lagoon begun by the artist in 2000 with the work entitled The Water Dream for the Cleveland Centre for Contemporary Art, and La Laguna nel magazzino created for the Magazzino del Ferro at the Arsenale of Venice, in collaboration with la Sorbonne of Paris and Ca’Foscari.

Maurizio Pellegrin was born in Venice in 1956. He currently lives between Venice and New York where he is a Professor of the MFA program at the New York University. He is also Director of the MA program at the New York University of Venice. Pellegrin has published more than thirty texts, in addition to having held numerous conferences at the major institutions of the world. The artist, an omnivorous collector, arranges a collection of objects on the wall combining some similar ones among them with others that are seemingly different in terms of style, material and dimensions.

Through a personal process of cataloguing, compartmentalizing and juxtaposing the different elements in a single geometric frame, Pellegrin imbues the materials collected during his journeys with secret meanings. Every object in his installation has its very own accent and dialectic:

I use objects that possess an aura. In my work, every object has the same material and the same meaning. They express energy, positive feelings and negative feelings, but they always refer to human memory. (M.P.)

Laguna rossa is articulated in three works, two on the walls and one on the ground: in all of them red is used, the colour that symbolises action, and they are all governed by the number five, the number of movement. The work on the ground, which also lends its title to the installation, consists of some glass Murano objects, canes worked by lamp, among them a sea anemone, an eel, a sea snail, some balls of thread, and other things: it becomes the symbol of the place with its time and space code. A glass gondola blown and beaten with a grindstone on a wall painted partially red constitutes the second work entitled Gondola con Felze: it is the icon of movement on, as well as of water, of crossing, of action. On the opposite walls, the third work entitled Lacrime di Venezia, in which the glass masses are drawn and then tempered with, seems to painfully translate the perception of the profound violation of the city.

Laguna rossa is a poetic work, silent in its denunciation, a sort of Japanese garden and the artist’s space of solitude. The work is a pretext to look for the boundaries between subject and object lost in the visual fragmented structure of our saturated everyday; it is itself composed of fragments, but in exerting a tension and redefining a network between the objects that compose it, in physically defining its being as the place of the self and the place of the other, it re-establishes links, hierarchies and limits. Paradoxically these links are then in turn challenged again, precisely in that third space that is placed between event and perception; that space comprised in an unknown and mysterious thin line that always divides the inside and the outside, the day and the night, life and death.

In collaboration with STUDIO STEFANIA MISCETTI

here below are some images from MAURIZIO PELLEGRIN’s laguna rossa. 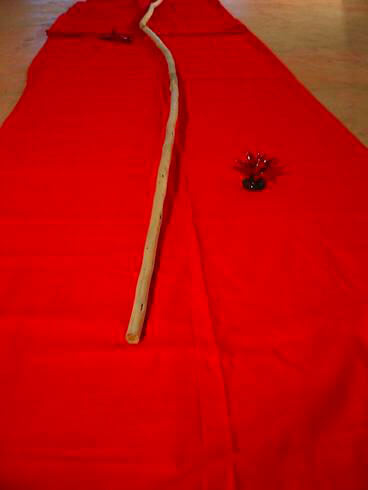 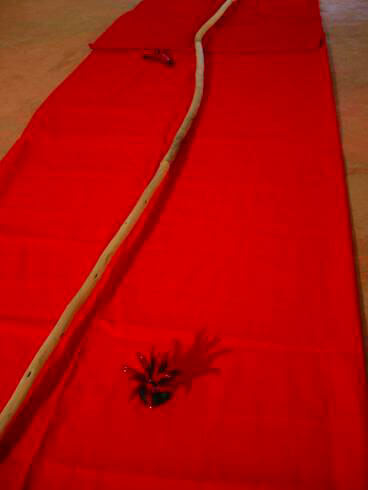 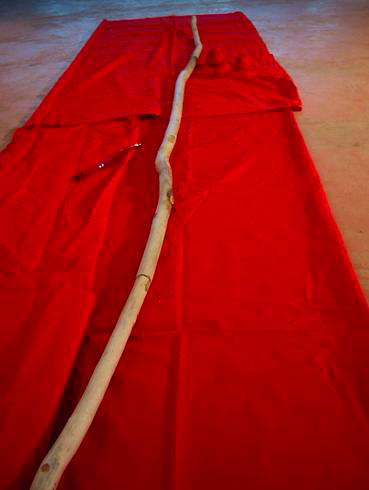 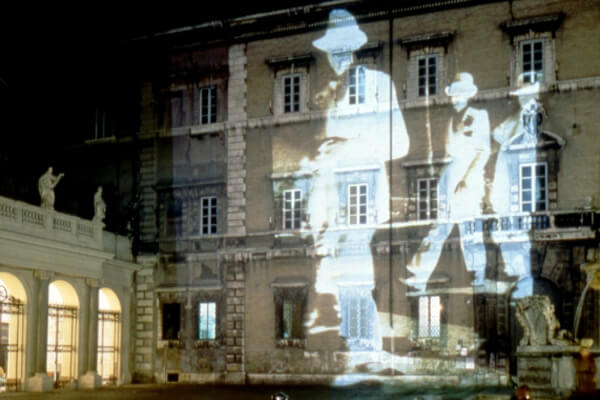 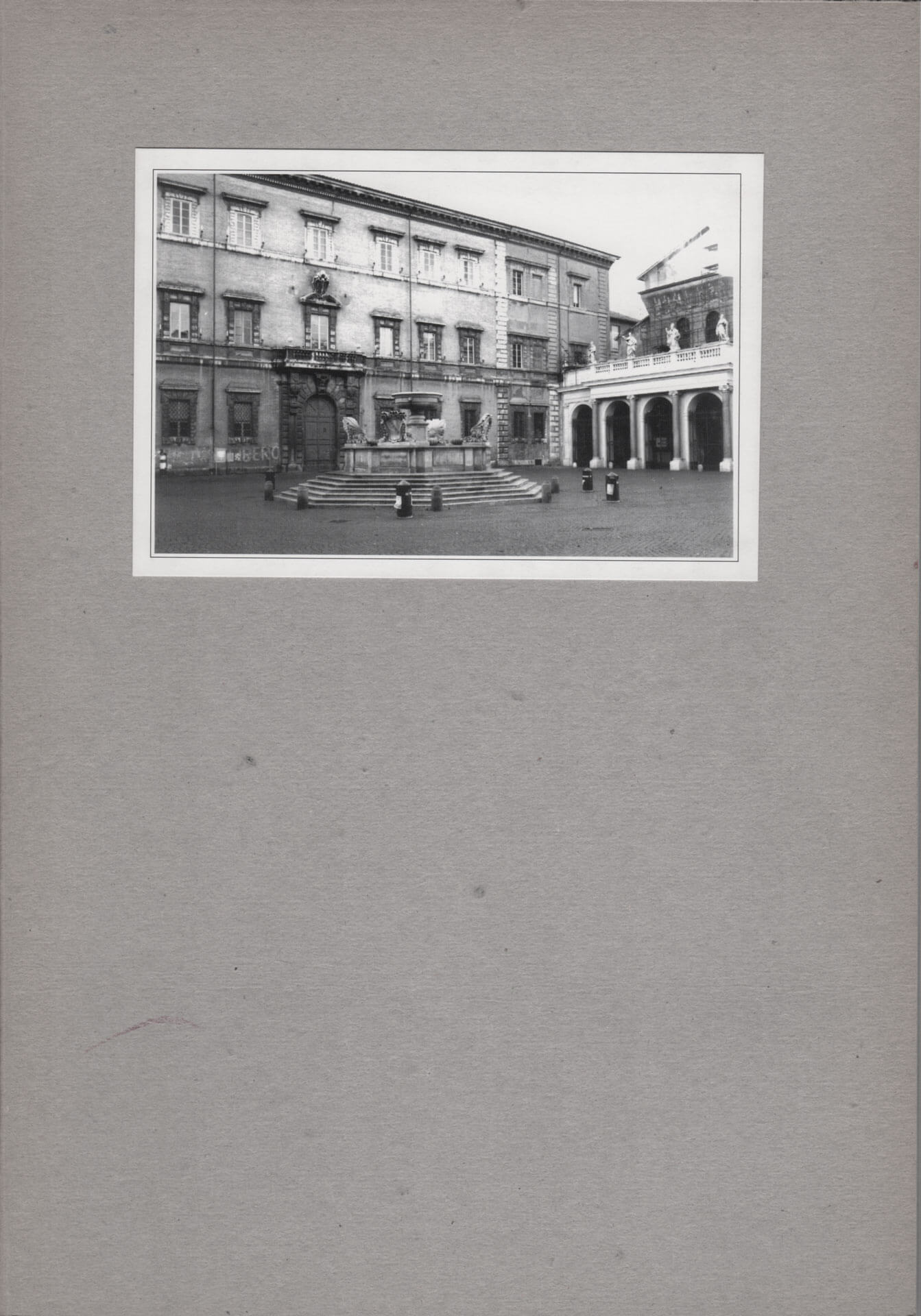