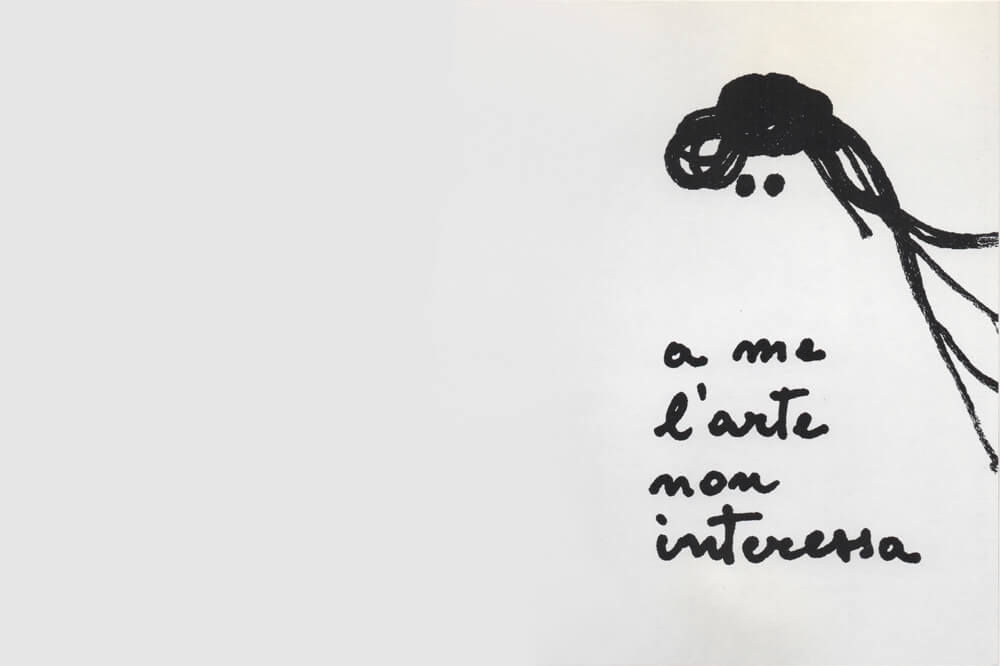 STUDIO STEFANIA MISCETTI is pleased to present an exhibition dedicated to MARIA LAI’s packs of cards, her last editorial production: A portata di mano / Within Hand Reach. The title points out the accessibility of this work to a broader audience. The goal is to nurture curiosity toward questions related to art and to its comprehension, its role, its utility and its function.

Published by Arte Duchamp (Cagliari) that has been following Lai’s activity from the Seventies on, the set of cards consists of four packs, each named as follows: “luoghi comuni/common places”, “luoghi relativi/relative places”, “luoghi simbolici/symbolic places”, “luoghi paralleli/parallel places. The invitation reproduces – with irony and provocation – one of these cards that belong to the series “luoghi comuni/common places”, where one can read “L’ARTE NON MI INTERESSA / I AM NOT INTERESTED IN ART”. Each card either raises questions or gives answers; each one is linked to simple, complex or deep issues concerning art; they are addressed to the public but also to whom creates art. The result is a sort of “manifesto”, regarding neither laws, nor canons, but the clarity with which one stands in front of the world in which art is a not a negligible aspect.

These cards are not intended to be “divinatory cards”, and they do not give real answers. Instead, they provide a direction beyond any formal reason, style, genre or period. The game of cards, with all its lightness, can become a rigorous exercise capable of verifying personal criteria valuable for art and day-to-day life.

The setting at Studio Miscetti is an interpretation of all these cards.

The installation of the cards will be accompanied by ten works on canvas (written, sewed, and realized in 2004), that, in their content, are in close connection with the “places of art within hand reach”.

here below are some images from MARIA LAI’s a portata di mano. 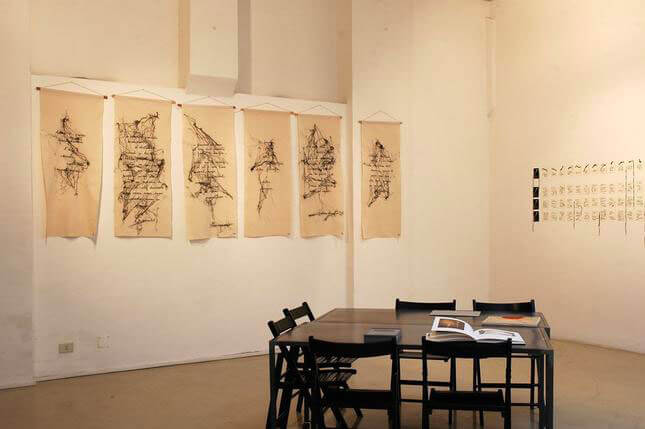 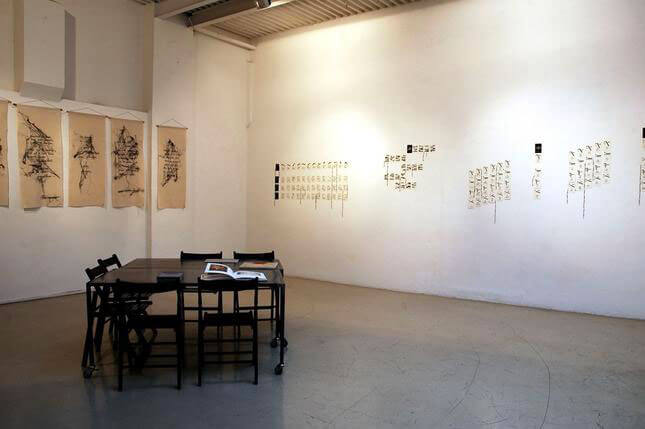 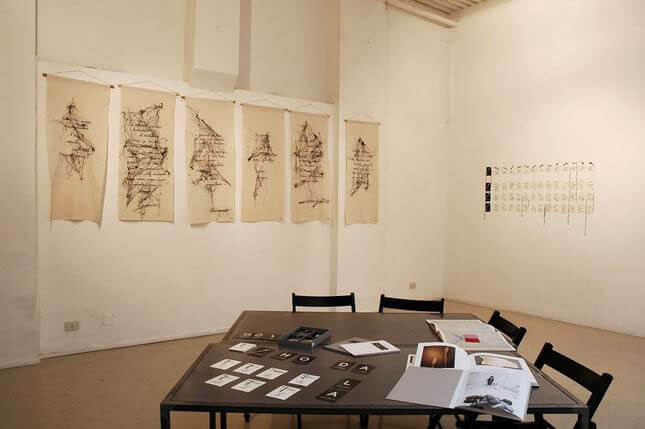 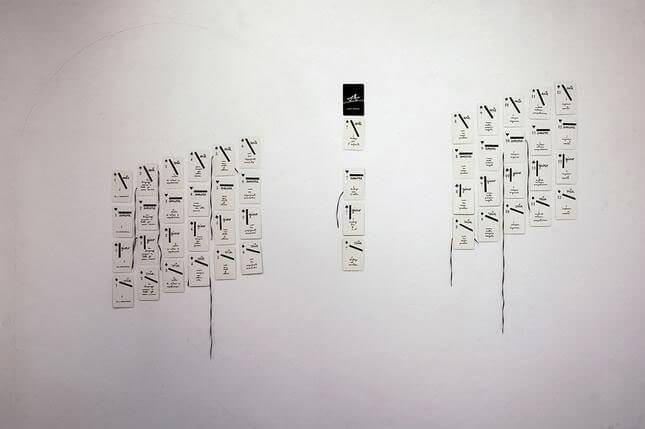 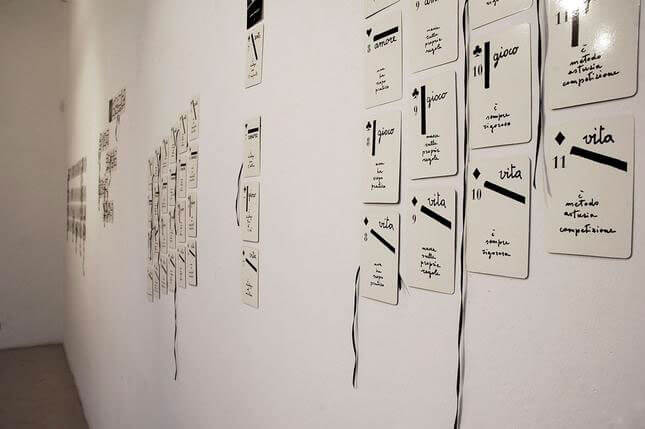 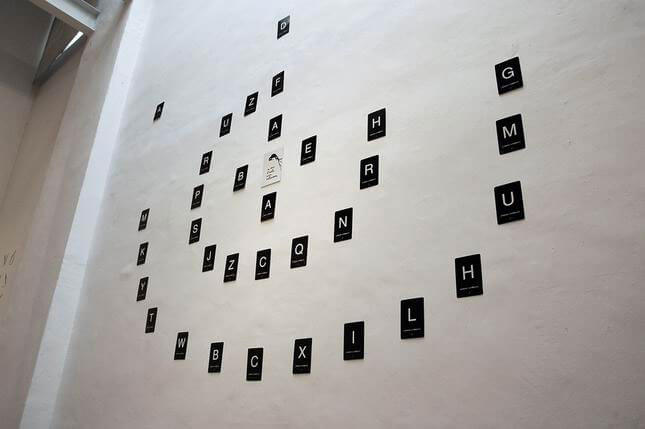 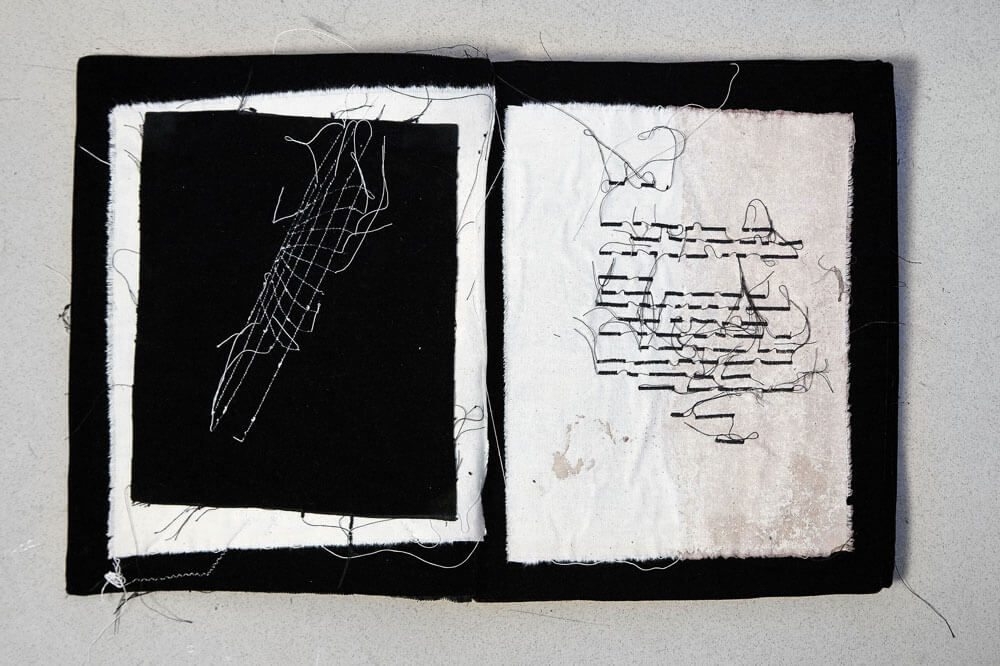 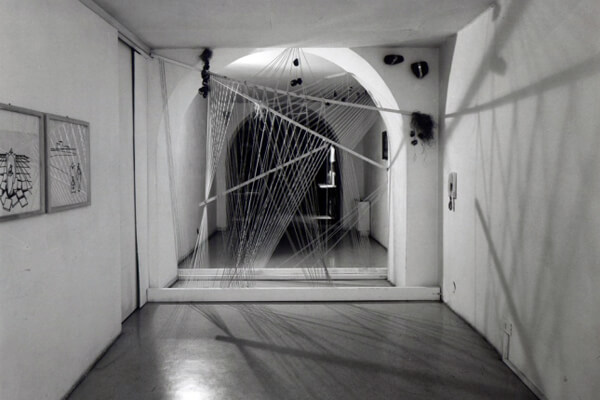 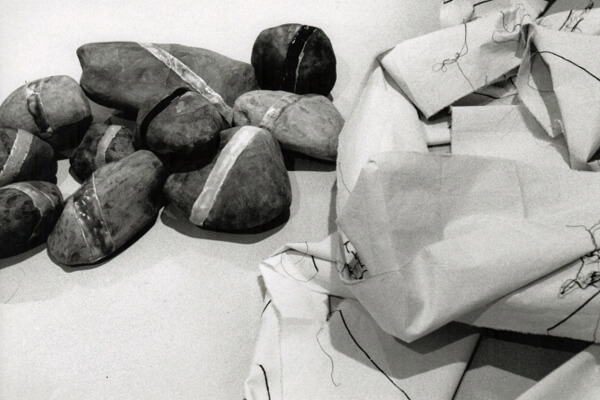 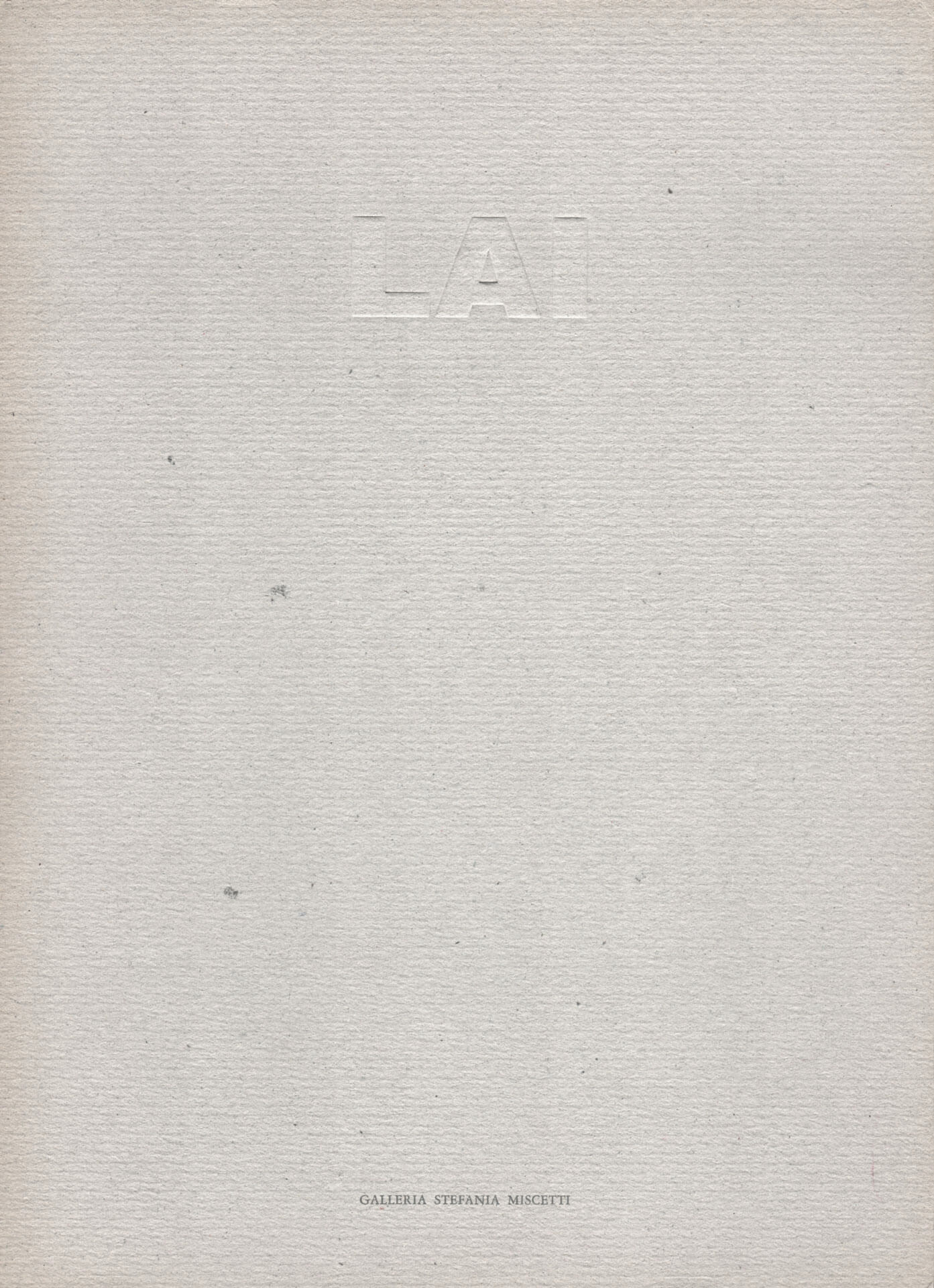