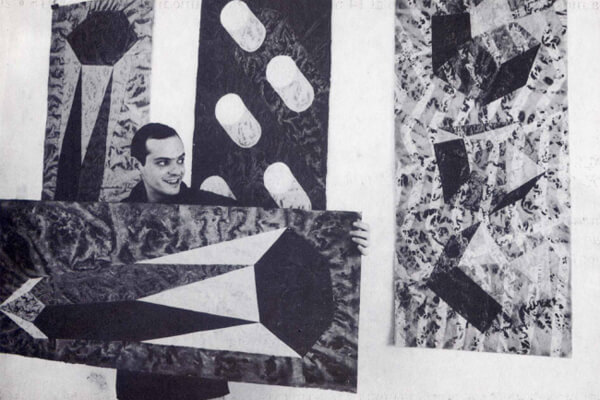 Since producing his very first works, Alberto Di Fabio has been taking inspiration from the world of natural sciences such as biology, chemistry and astronomy. His painting explores atoms, cell structures, neurons, DNA chains, constellations and galaxies giving life to shapes – often geometrical – in bright, pure colors that spin and vibrate all over his canvases, creating contrasts and harmonious scales, tonal variations and amazing juxtapositions, involving the observer in extrasensory kinetic experiences.

Alberto Di Fabio was born in Avezzano in 1966. Following in the footsteps of his father, artist Pasquale Di Fabio (1927-1998), and his mother Delia, a biology and mathematics teacher, Alberto soon expressed an interest in creative arts and moved to Rome to attend the via di Ripetta Art High School (1980-1984) and the Academy of Fine Arts. In 1985, he also studied engraving at the Urbino Academy of Fine Arts. As an integral part of his education, Alberto would often visit the Rome National Gallery of Modern Art after class, to admire the artworks of the 20th-century masters.

He was particularly fascinated by Mondrian, Malevic, from the Dadaist and Surrealist Movement from the Futurists, and the Italian leading exponents of the Novecento, Mario Sironi, De Chirico, Lucio Fontana, and Alberto Burri. In 1989, he took part in a group exhibition curated by the Alessandra Bonomo gallery in Rome, exhibiting the two cycles of paintings “Montagne Rosse” and “Fusioni Minerarie”. On this occasion, he met Sol Lewitt and Alighiero Boetti, who bought one of his paintings and encouraged him to pursue his artistic career.

This episode marked the beginning of a relationship of mutual respect, and when Boetti encouraged Di Fabio to go abroad to complete his education, he took his advice and moved to the Cité des Arts in Paris (1992-1993). In the wake of this experience, and stimulated by Boetti’s advice, as well that of Cy Twombly’s, whose teaching Di Fabio equally admired, he made up his mind to further expand his cultural horizons and, during the Nineties, he often went to New York, where he was fascinated by American abstract Expressionism. In New York, he met Ross Bleckner, Richard Long, Ed Ruscha and Jenny Saville, and got back in touch with Donald Baechler and Philip Taaffe, whom he had already met on the occasion of the exhibition Trismegisto, hosted in 1993 by the Lucio Amelio gallery in Naples. In 1994 he held his first solo exhibition, Il profilo insonne della terra, at the Stefania Miscetti gallery in Rome.

His first solo exhibition hosted by a public institution, the Rupertinum in Salzurg, dates back to 1996. One year later, the Bregenz Kunstverein, Magazine 4, hosted an exhibition revolving around a cycle of works titled “Mondo Subatomico”, on which Di Fabio had been working throughout the Nineties. In 1996 he was invited to the Rome Quadrennial, in which he would also participate in 2003 and 2008. During his stays in New York, Di Fabio took part in many exhibitions, such as The Return of Exquisite Corpse, hosted in 1993 by the Drawing Center Museum.

He also held a solo show at the Alexandre de Folin gallery. On this occasion, Larry Gagosian bought four of his paintings. This marked the beginning of a professional relationship, which would culminate with a series of solo exhibitions hosted by various branches of the Gagosian gallery (Beverly Hills, 2004; London, 2002, 2007; New York, 2010; Athens, 2011; Geneva, 2014). Since 2001, Di Fabio has been living in Rome, even though he regularly visits New York, where his atelier is still based.

As the new millennium began, Di Fabio kept pursuing his interest in science and physics, as witnessed by the pictorial cycles of the “Synapses”, the “Neurons”, the “Quanti”, the “Atoms”, the “Molecules” and the “Magnetic Fields”, which alternately characterised his production over the first decade of the 2000s. At the same time, he started to nurture an interest in social issues, which culminated in 2003 with the cycle “Vouge world”, a surreal reworking of fashion magazines. Ideally inspired by Joseph Beuys, he also investigated ecological issues and in 2014 undertook the project Re–impianto, on the island of Ponza.

In 2013 he got involved in the video and entertainment industry, designing ”Cosmic Dance”animated paintings, for the scenes of Heather Nova’s Musical tour. On the occasion of the 2010 edition of the Michetti Prize, astrophysicist Remo Ruffini awarded him the Dante Ruffini and Maddalena Pettirosso prize, by virtue of the relationship between his paintings and the world of physics and astrophysics. His work carries us close to the scientists’s interests without invading their field; the artist builds bridges between separate worlds: art, science and spirituality; earth and the realm beyond; material and immaterial.

Between 2012 and 2013, he held a monographic trilogy that ran through emblematic places and pattern of his career. This exhibition was hosted by the Galleria Nazionale d’Arte Moderna e Contemporanea in Rome and then, in 2013, by the Estorik Collection of Modern Italian Art in London and the Mairie du 4eme in Paris. In 2014, he held a conference and a solo exhibition at CERN in Geneva. Shortly later, Castel Sant’ Elmo in Naples and the Fondazione Menegaz in Castelbasso hosted a large anthology exhibition dedicated to his work.

In 2015, he held two large solo exhibitions at the MART in Rovereto and at the Macro Testaccio in Rome. In 2016 he held a triology of exhibitions in the city of Ferrara at Palazzo dei Diamanti, Castello Estense and Museo Porta degli Angeli, concluding the year with a solo exhibition at Luca Tommasi Gallery in Milan and the publication of his first novel “ Nei Cieli della mente” for the publishing company, Di Felice Edizioni.

In 2017 he exhibited in several group shows both in Italy and in New York and with the solo show at the Galleria Umberto Di Marino in Naples he involved the different architectural spaces with exciting Wall Painting. The overlapping of fluorescent colors, the magnetic waves caused by the pictorial gesture and the kinetic drawings that involve the entire walls, induce the visitor to a progressive loss of self-consciousness, a sort of visual trance, a journey to parallel worlds far away in space and time, closer to the quantum essence of the Universe, matter becomes evanescent and the mind finds a possible conjunction with the astral substance.

There is a passage of a state of man from the physical to the ethereal state, a sort of permutation and elevation of the soul. He concludes the year with a solo exhibition at the prestigious headquarters of the Royal Academy of Spain in Rome.

all exhibitions by ALBERTO DI FABIO with STUDIO STEFANIA MISCETTI. 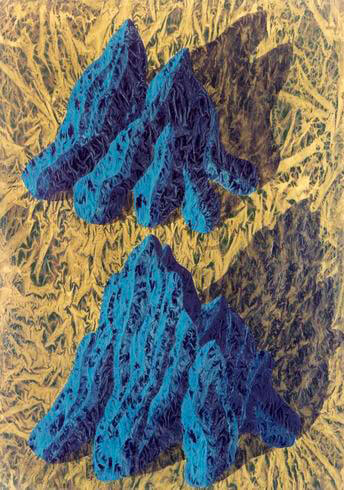 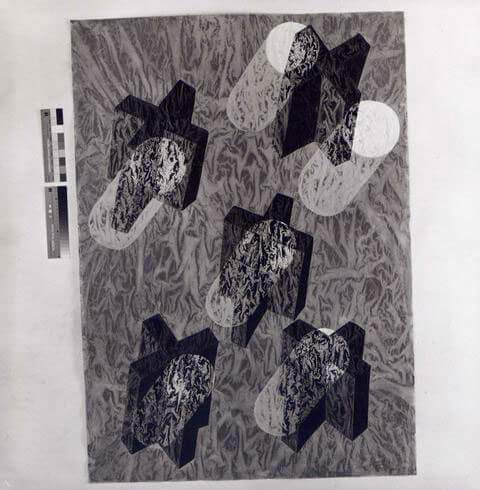 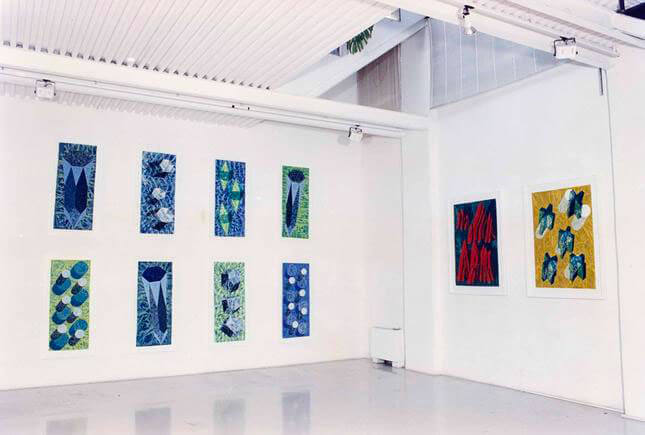 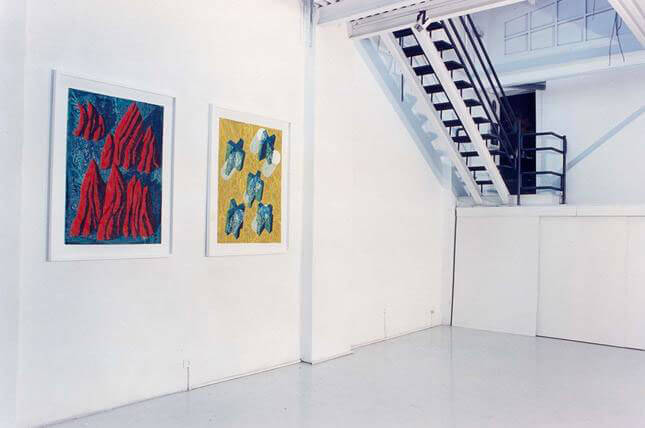 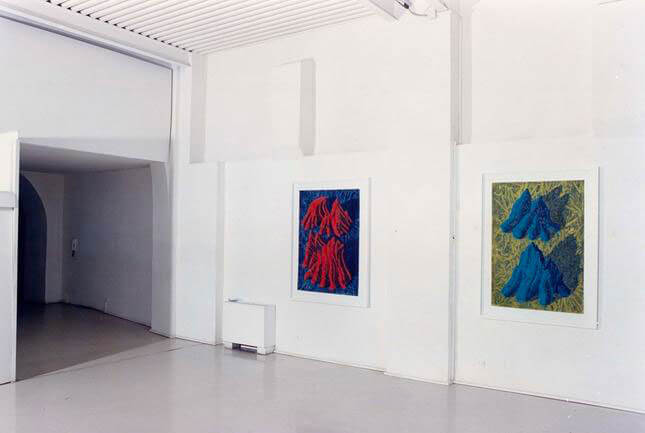 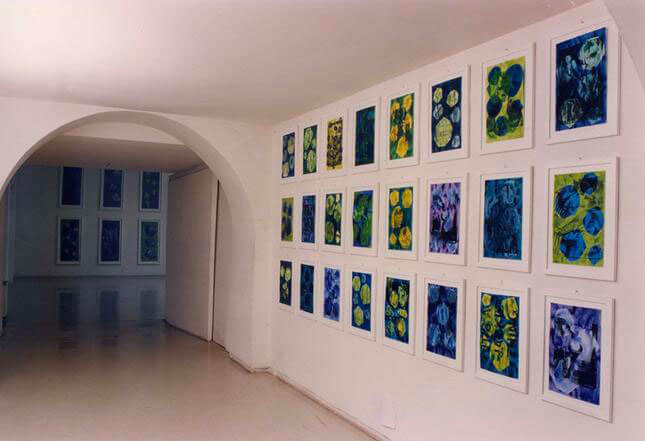 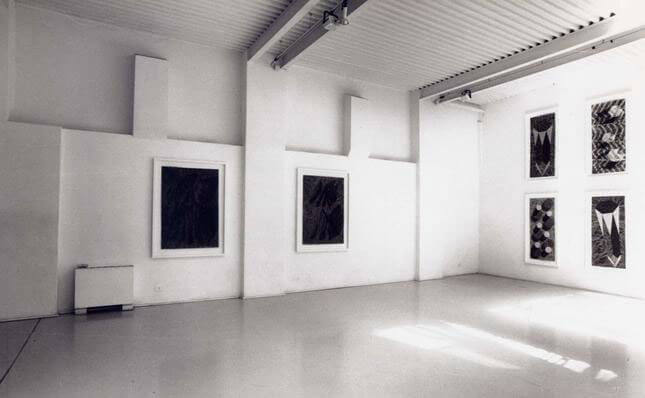 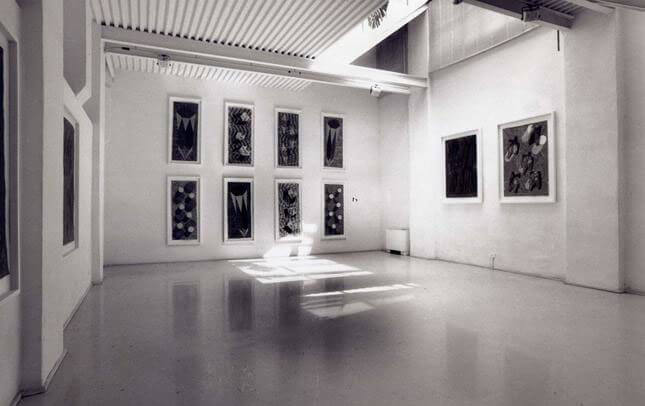 all catalogues by ALBERTO DI FABIO with STUDIO STEFANIA MISCETTI. 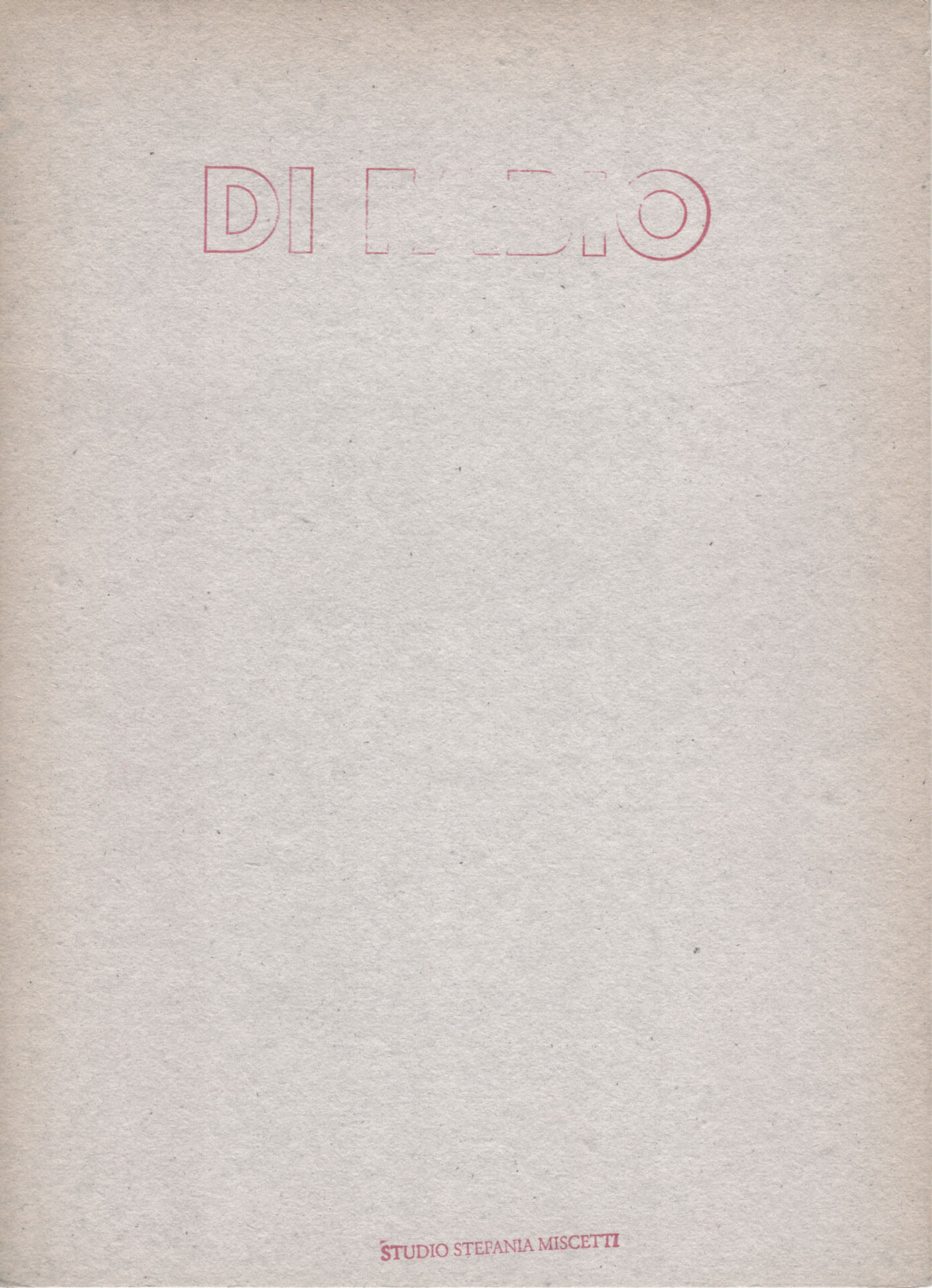