Six years after her last solo exhibition in Rome, Manuela Filiaci, an Italian artist who has worked in New York for over twenty years, presents a series of eight large-scale works on paper.

On one hand the exhibition title, Pezzi Musicali (Musical Pieces), refers to the work’s physical appearance, as a “volume” that can be read either as a continuous, compositional whole, like a musical score, or “beat by beat”, according to the breaks in tempo that shape the whole organism. They’re “musical” in another sense too, by virtue of the artist’s singular compositional process, which marries different chromatic tones with movements that range from “adagio” to “fortissimo”. Further markings and signs are then added over these, also organised with a rhythm comparable to the ‘geometry’ of musical compositional.

here below are some frames from MANUELA FILIACI’s pezzi musicali. 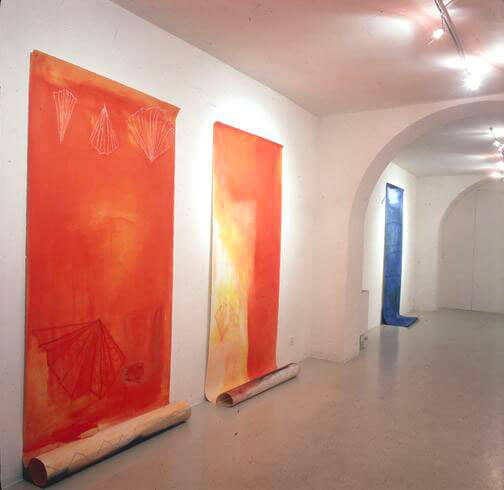 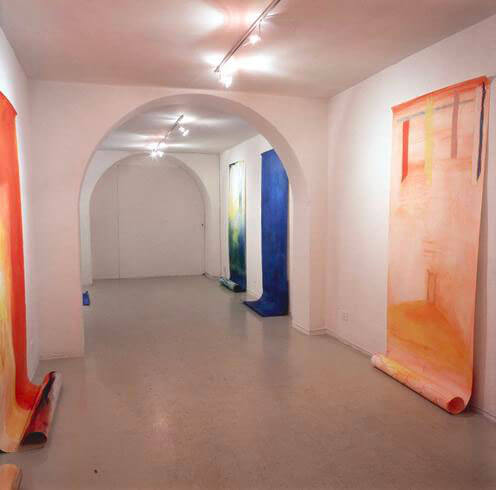 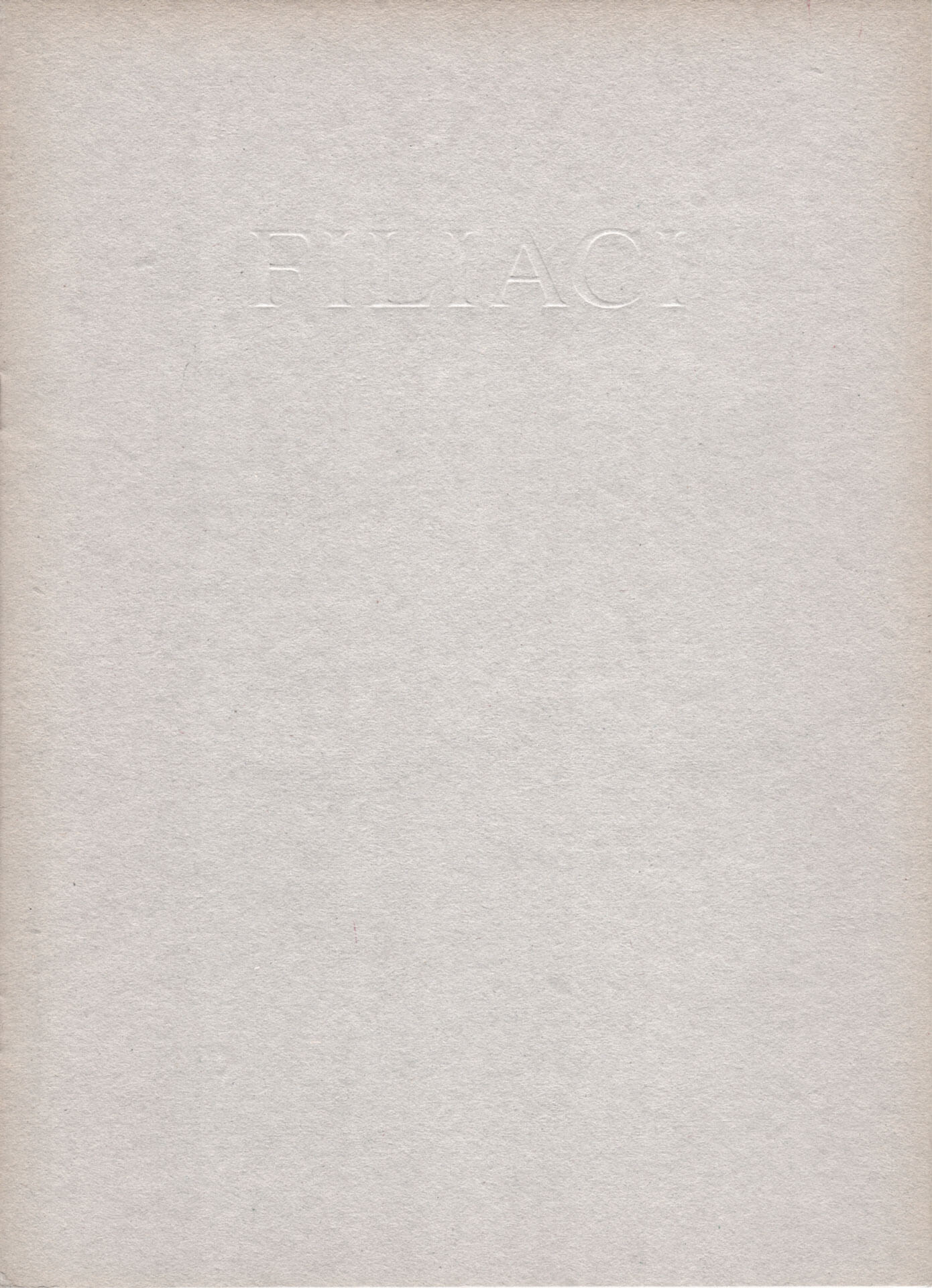