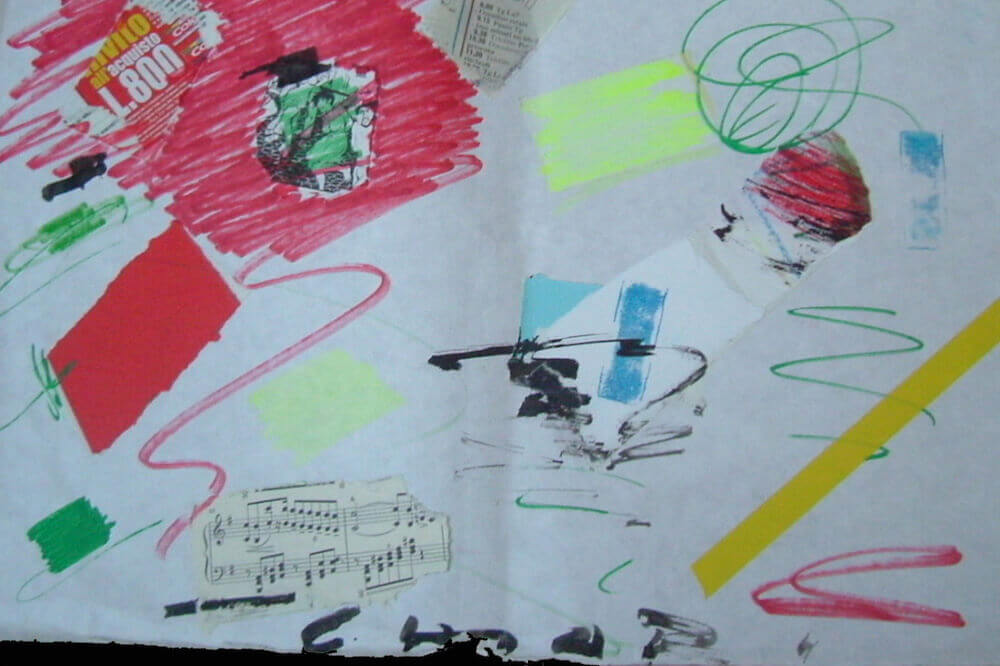 On Friday 8 September, as part of Rome’s Notte Bianca, STUDIO STEFANIA MISCETTI is proud to present an exceptional event in collaboration with Studio Pino Casagrande: an evening of avant-garde music and experimentation, with the performance of original scores by Giuseppe Chiari (Florence, 1926) and Piero Mottola (Caserta, 1967).

Both artists operate across the sound and visual art fields, with practice that is founded on the recognition that by its very nature artistic process is a stimulus and a means of mental communication, one felt between author and observer, who gives the work meaning.

While the much younger Mottola’s practice, following his training at Sergio Lombardo’s “eventualist” school, began to shift towards noise music in the early nineties, Giuseppe Chiari‘s career stretches back all the way to the early fifties. From the sixties onwards, the latter’s work begins to achieve worldwide recognition, and he is celebrated as one of the foremost exponents of the Fluxus group, an international movement in which he sits alongside John Cage, Maciunas, Vautier, La Monte Young, Henry Flint, Nam June Paik, Wolf Vostell.

STUDIO STEFANIA MISCETTI has put together an unprecedented collaboration, which sees an artist of historic standing – among the most important and established in contemporary practice – work alongside a young practitioner that might be considered an archetypal example of the “artist-as-scientist”.

The work of both artists establishes a platform for experimentation with different languages and meanings, albeit understood using fundamentally different approaches by the respective practitioners.

On one hand, Giuseppe Chiari reinvents unique relationships and internal associations within the material of undifferentiated chaos, drawing on a poetico-existential ‘non’-system that is connected to improvisation, to a powerful and minimalistic, casual and authoritative gesture. The objective of this may be found in the desire for transgression and aggression in the art system, its modes of communication and institutional practice.

On the other, Pietro Mottola’s research focuses on a system of acoustic relationships based on a map of the emotions, and ever since he began playing concert pieces in 1998 he has sought to develop an alternative approach to composition. In his pieces the artist makes use of new technologies applied to musical experimentation, drawing on the wealth of information engineered through an infinite series of possible combinations, in which noise music becomes ever more enigmatic, gradually losing clear points of reference.

Both artists’ oeuvre stands as an unparalleled contribution to contemporary interdisciplinary artistic practice for its strenuous discipline, its ability to manage the dynamics of process, the engaging complexity of the final result as an indissoluble bond with the Other – as well as the shared sense of absolutely conscious freedom.

The performance will take place at 20:00 on Friday 8 September.

Thereafter, every day until 22 September 2006 the Gallery will project the video recording of the performance, as well as exhibiting artwork that gives an outline of the two practitioners’ respective artistic identities.

OPERE ED EMISSIONI (ARTWORKS AND EMISSIONS) – scores and soundscapes by Giuseppe Chiari and Piero Mottola is a collaborative project in partnership with the Studio d’Arte Pino Casagrande.

here below are some images from GIUSEPPE CHIARI and PIETRO MOTTOLA’s opere ed emissioni. 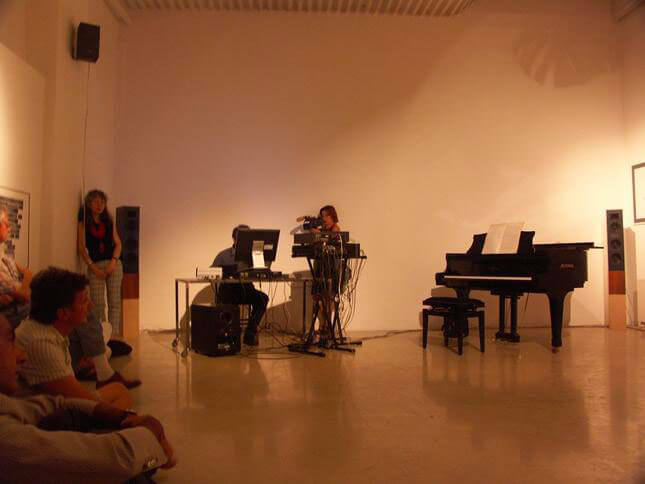 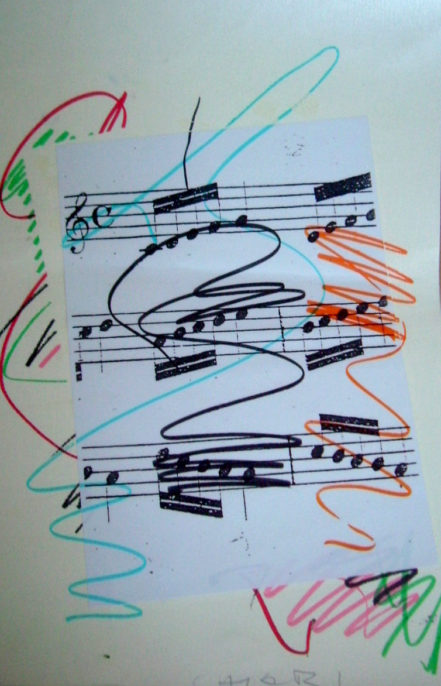 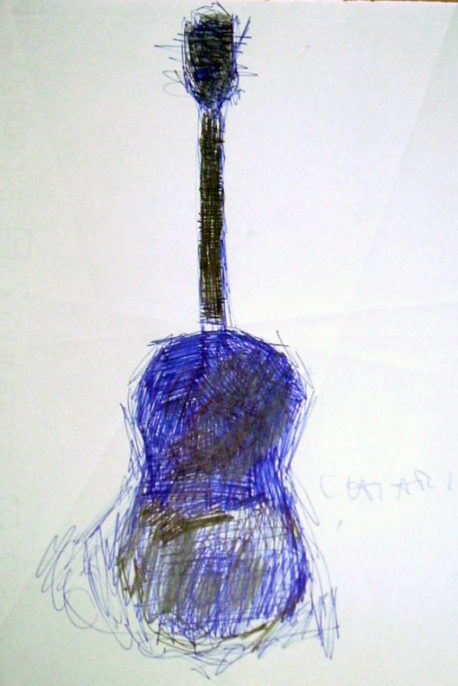 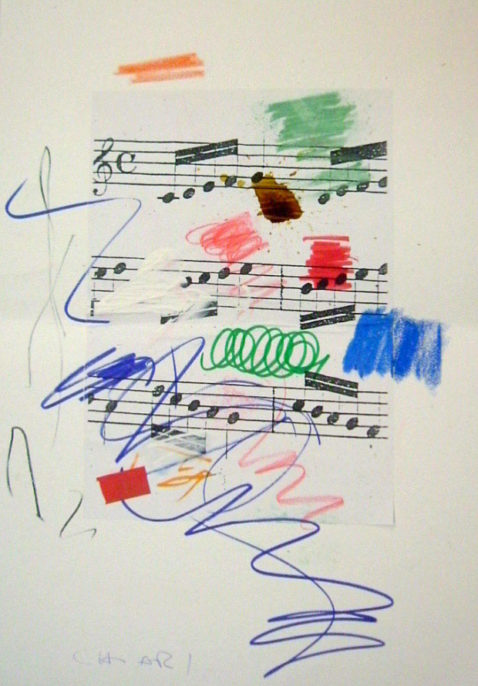