PIERO STEINLE | the triumph of laughter 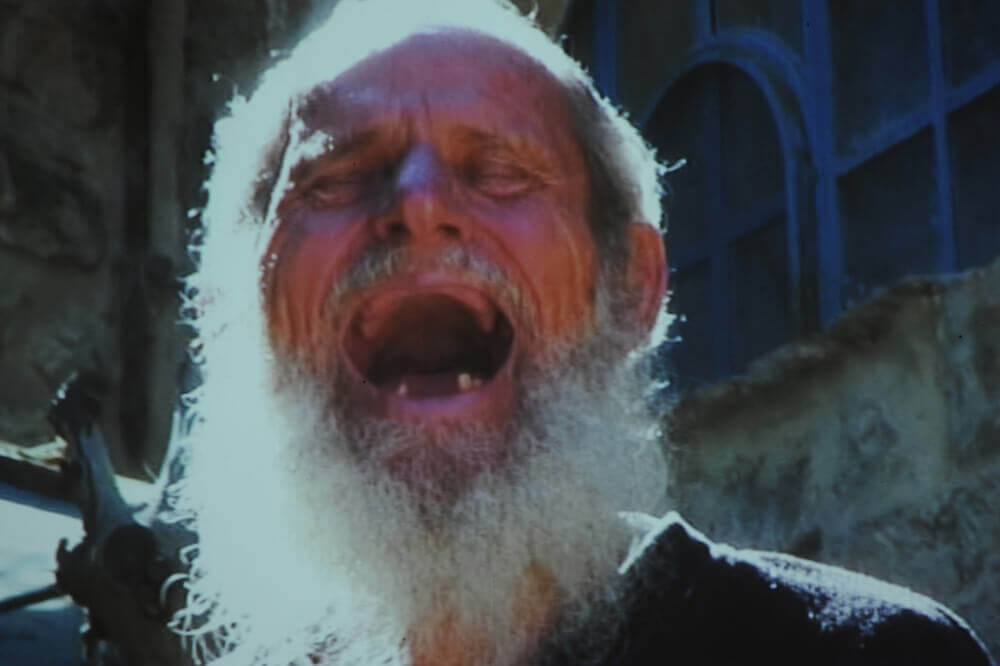 STUDIO STEFANIA MISCETTI in collaboration with the Goethe Institut Rome invites, for the first time in Rome, the artist PIERO STEINLE (Münich, 1959) with his video installation project The Triumph of Laughter, a new version in the context of the Laughterproject. Last autumn this project was a major success at the Spazio Oberdan and the Triennale di Milano. In this series Steinle’s investigates on the laughter phenomena, on the hilarious behavior of people from different nationalities, ages and backgrounds, involving both public and private domains. The content of his work is conceived as the cinematic elaboration of the laugher gesture, filmed as a staging act, mostly starting with a beginning phase and ending with a blasting laughter, that often flows into hysteria.

“In his examination of laughter, Steinle has successfully initiated a reflection on the significance of laughter in today’s society and touched on a theme that is receiving increasing attention also in various academic fields such as sociology, philosophy, history and literature.”

The laughter is devised as an authentic liberating moment and proposed by Steinle ironically as the definitive solution to the individual’s crisis in today’s society: “Meanwhile contemporary man and globalized world seem to be more and more in the grip of problems and crisis as artist I suggest as the universal solution the pure and simple laughter, individual and collective. Laughter triumphs on the seriousness of the world and money. It is the real revolution!” Together with The Triumph of Laughter’s triple synchronized video projection also some of the photographic works of the project Paradiesvögel will be shown, in which Steinle once again explores the contradiction between what is apparently conceived as a natural state and which is the result of a coercive and induced behavior.

here below are some frames from PIERO STEINLE’s the triumph of laughter. 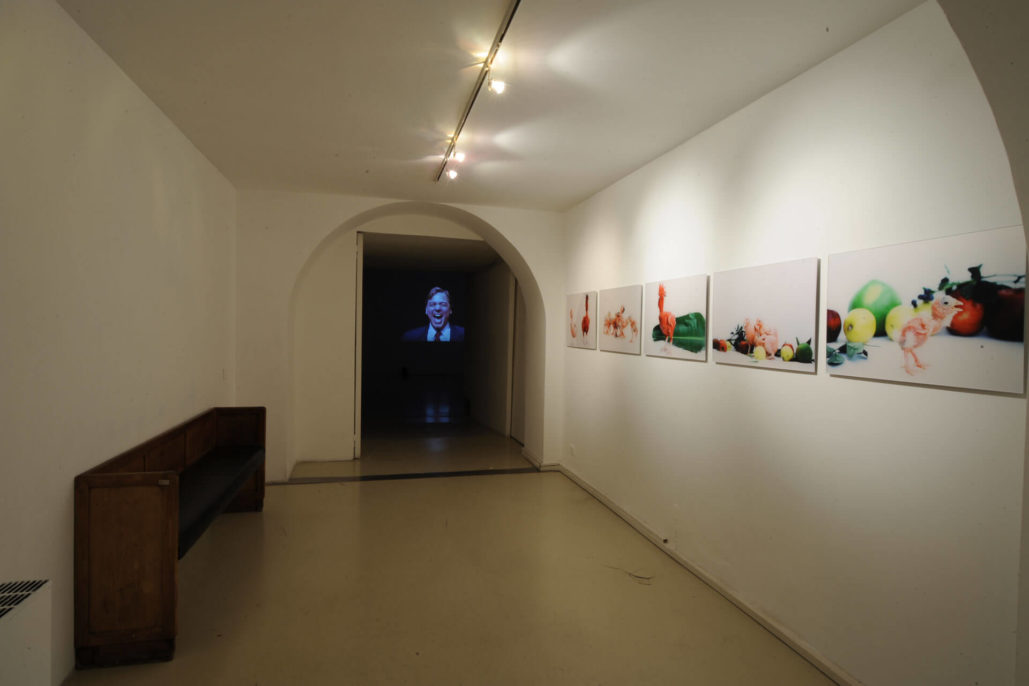 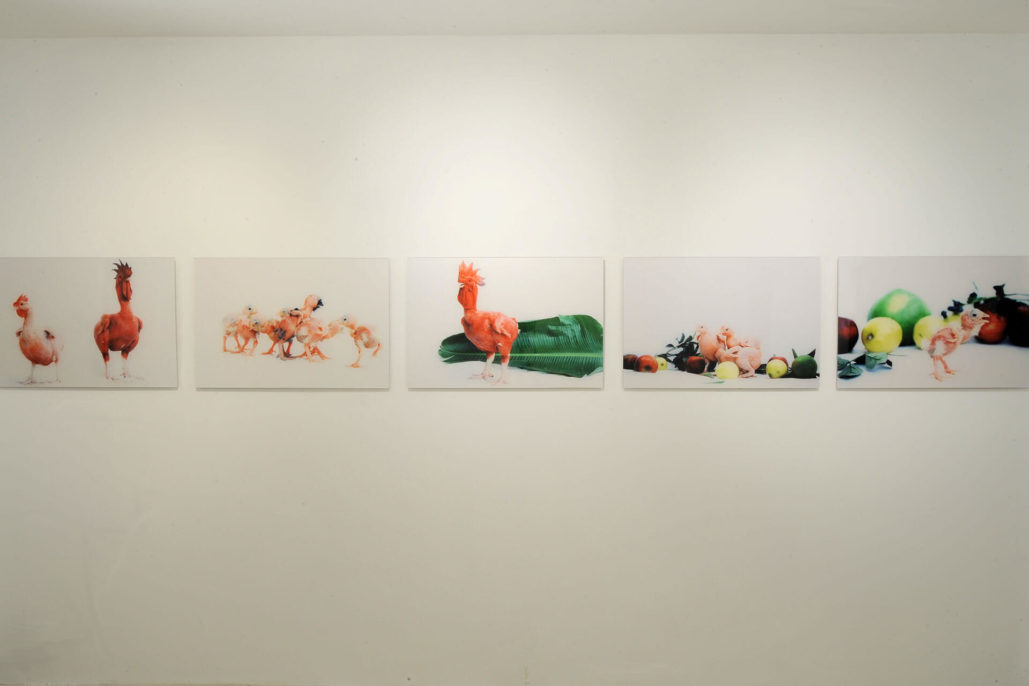 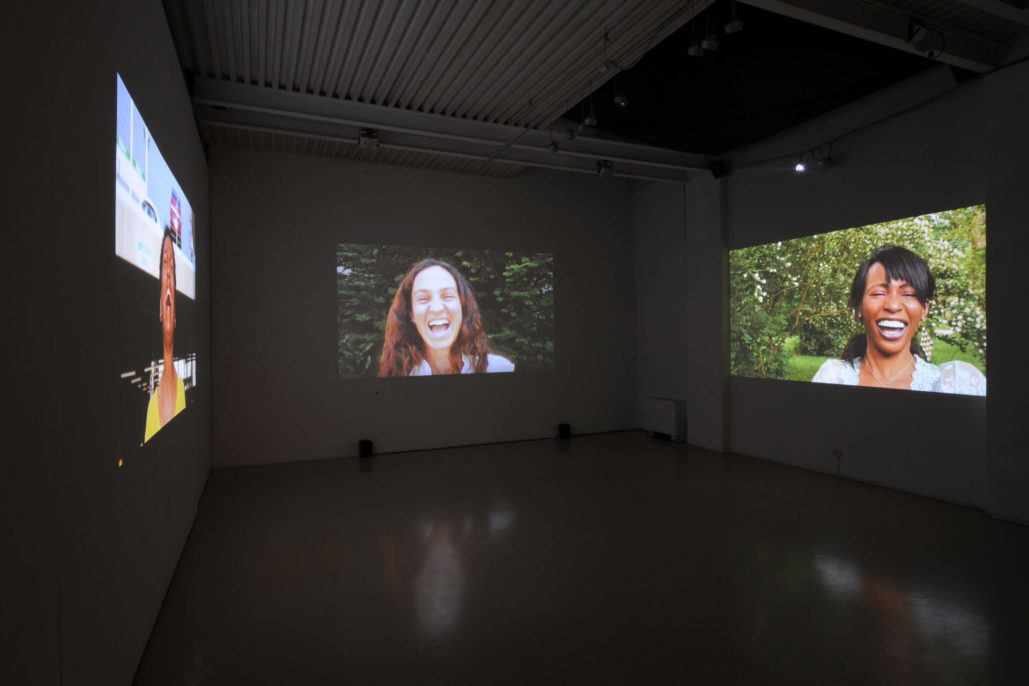 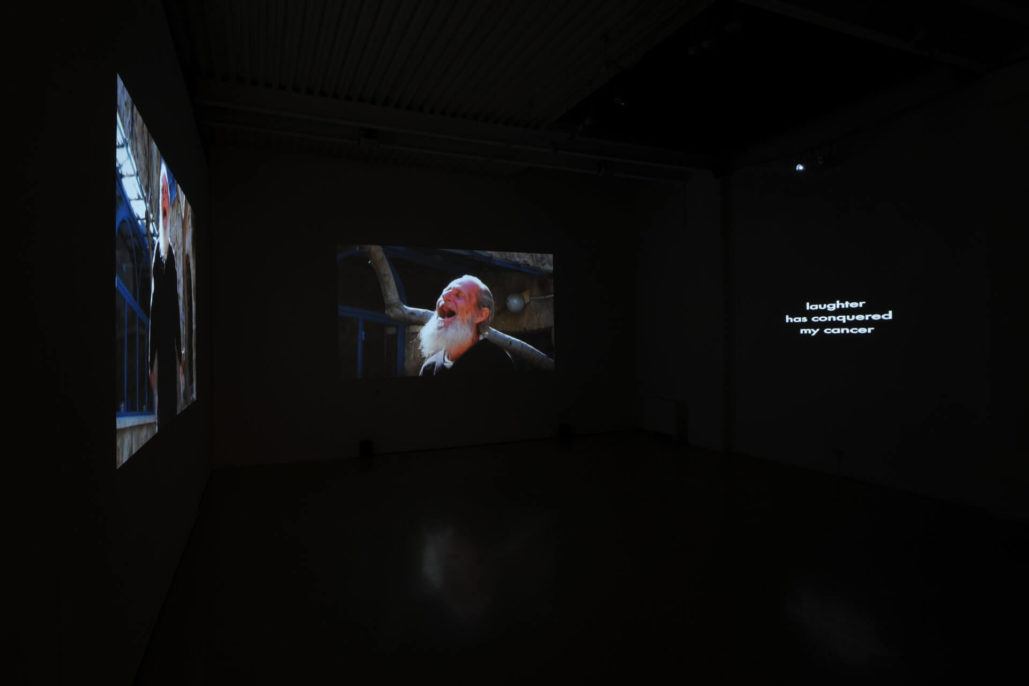 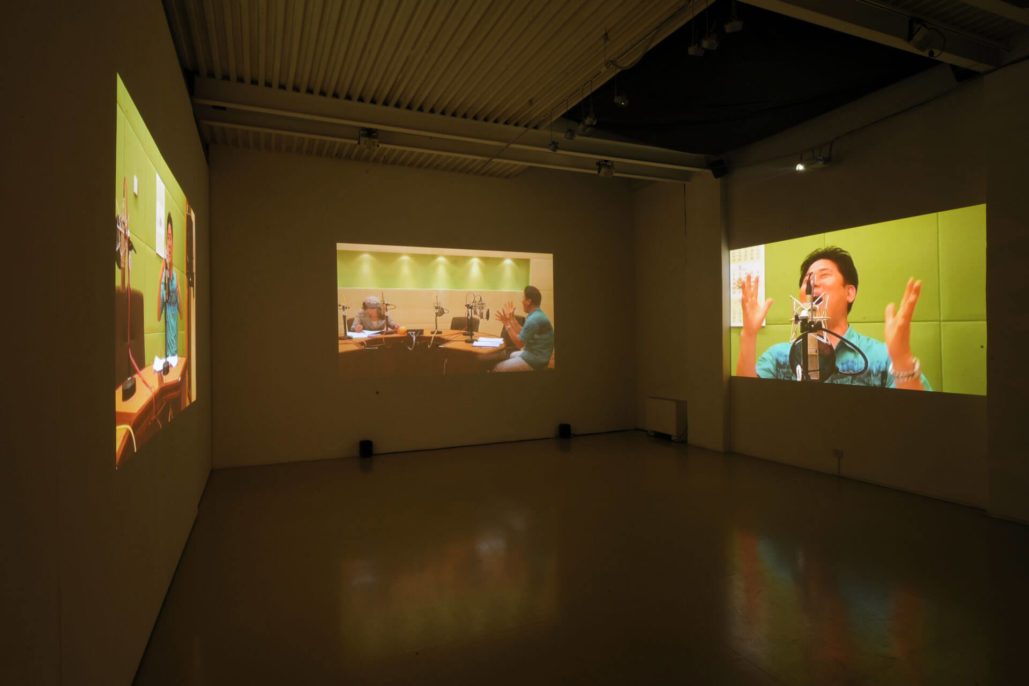 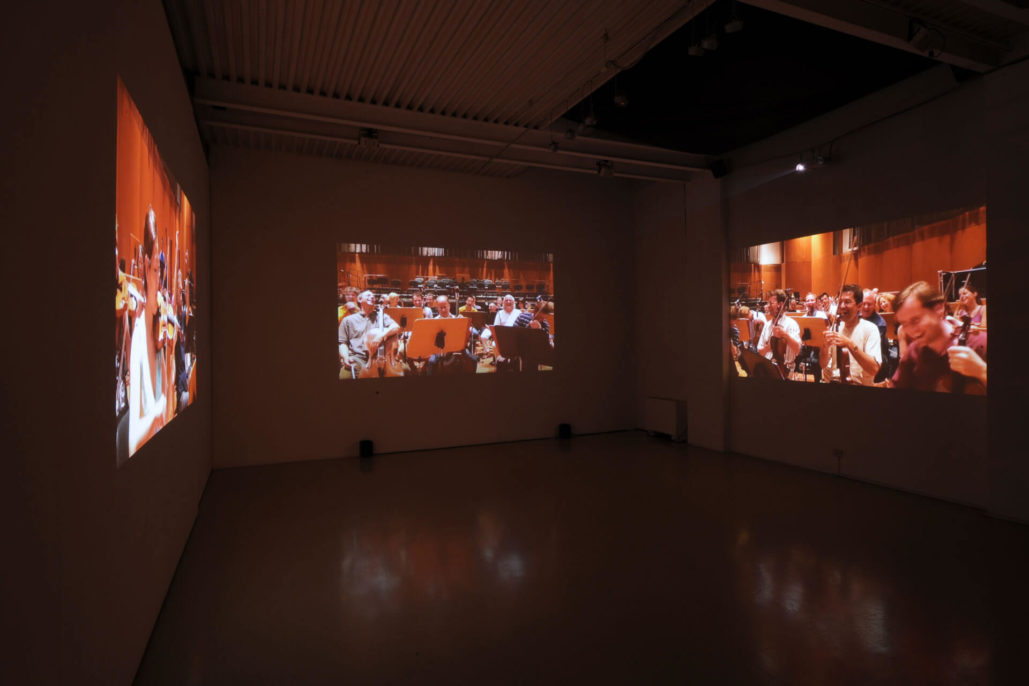 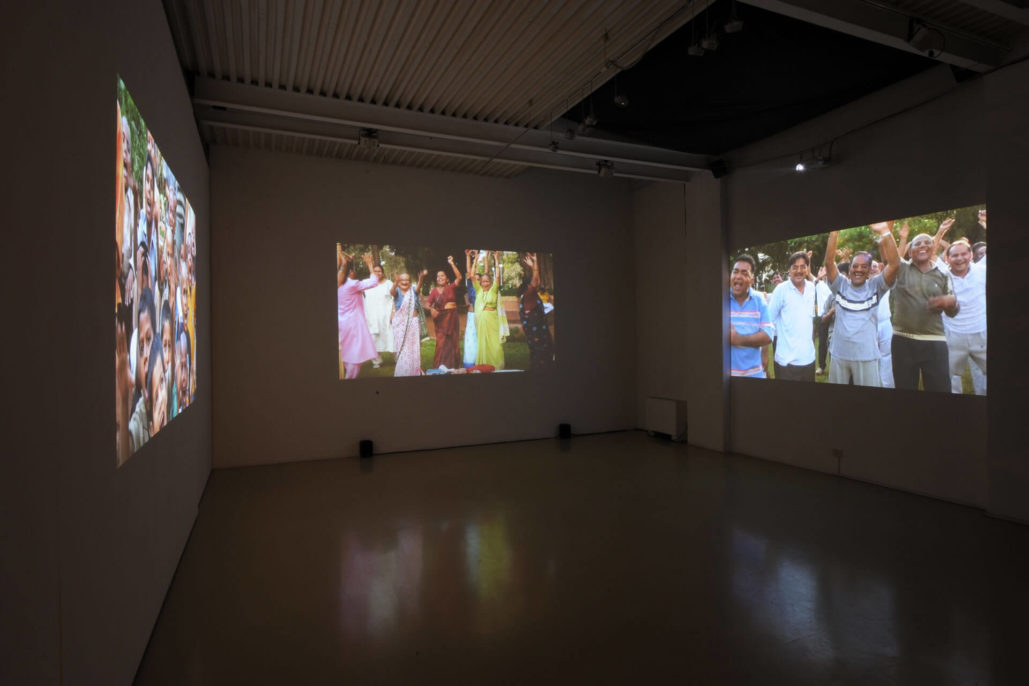 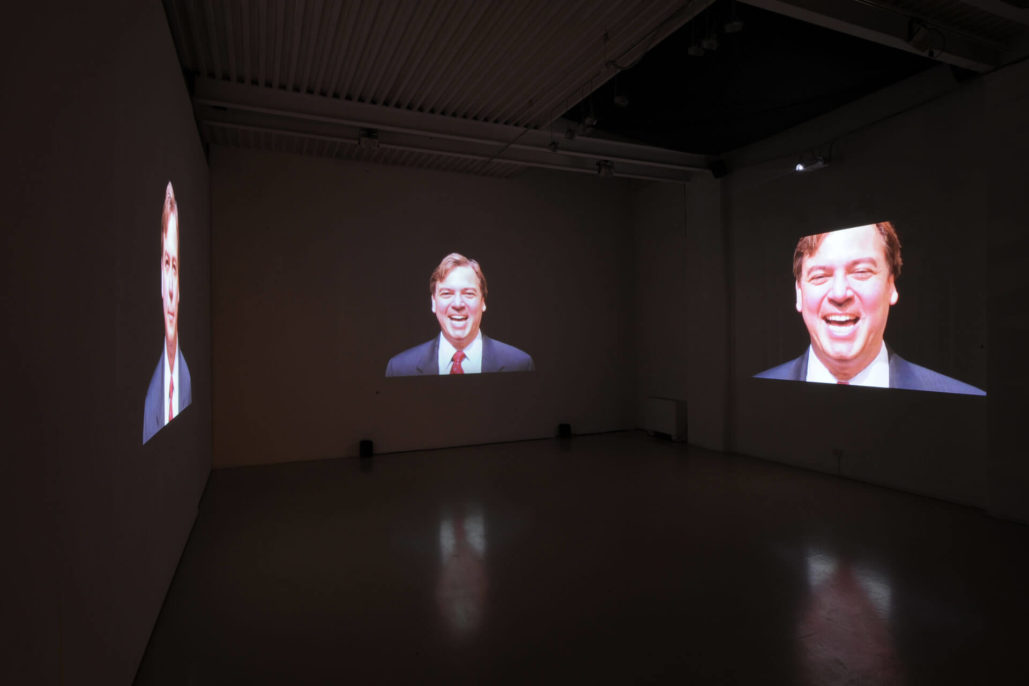 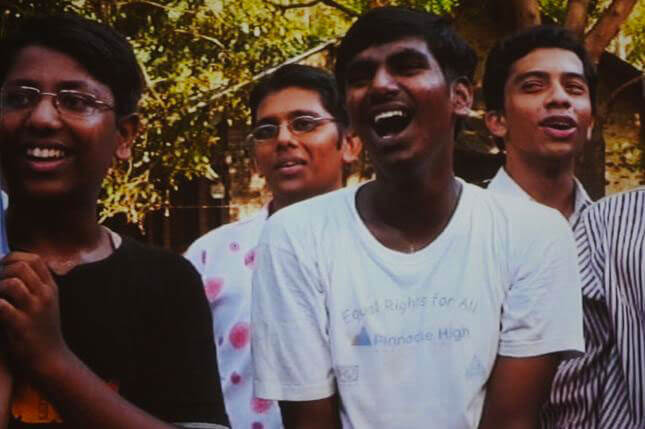 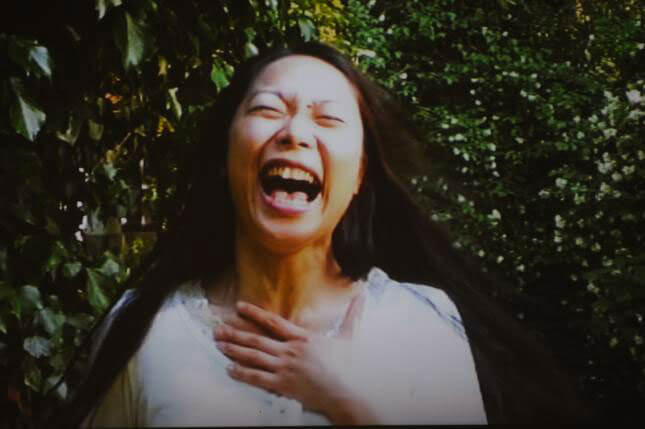 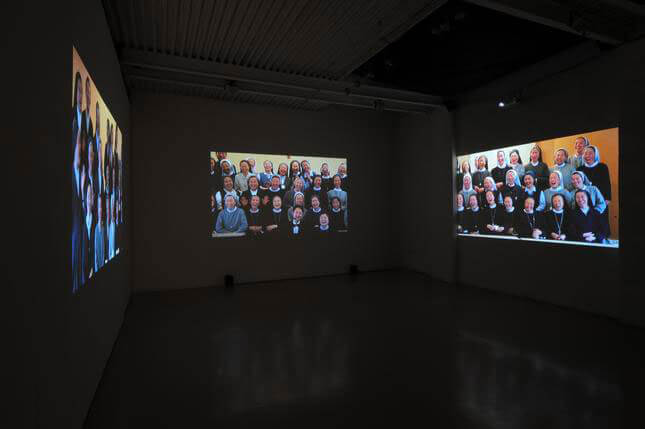 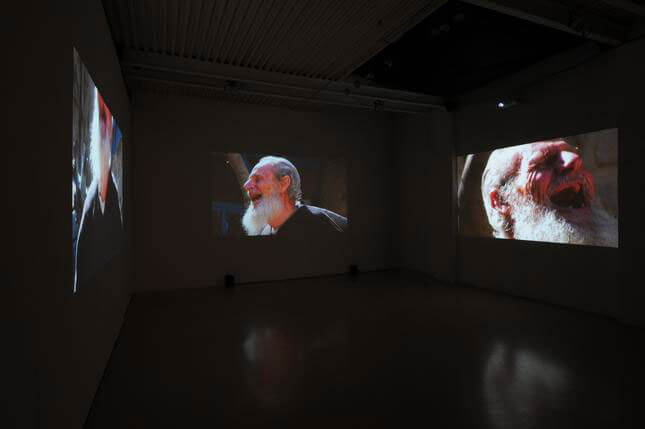 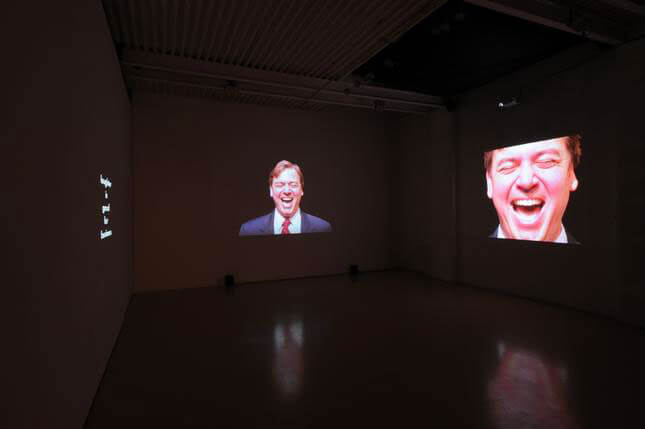