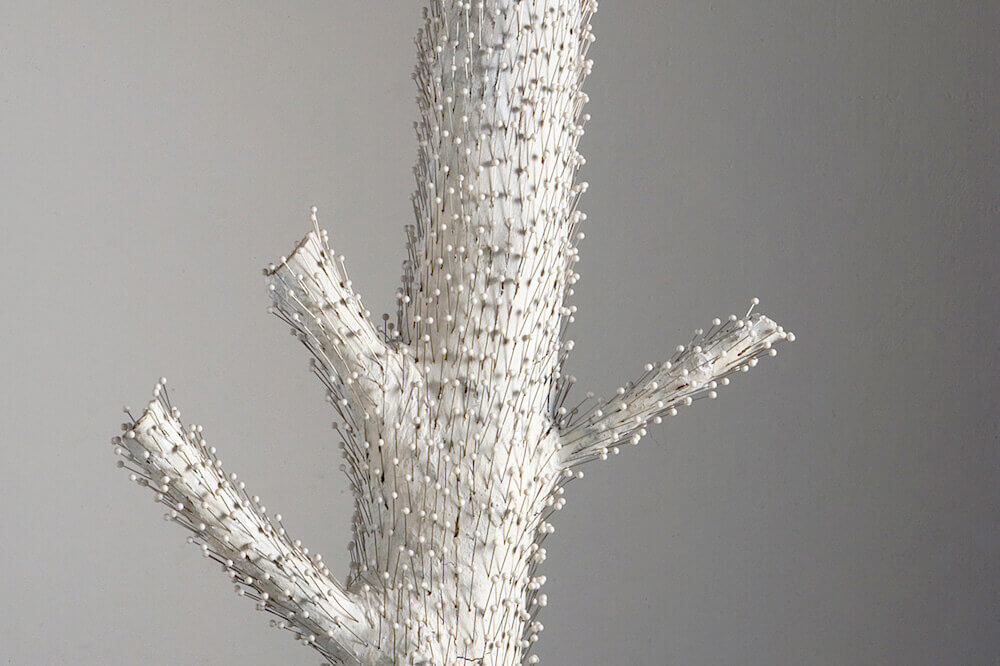 The pin is an element which is presented from the beginning in Guatelli’s work, this is often joined with materials like paillettes and silicon and continues to be in such a way to lose its original value until it becomes a sign, shape and picture.
In that series, the custom of natural support becomes very important: little trunks and the branches of trees are changed, transformed and are made abstracts by the structure of white pins which become the body of the work.
The show represents a development of the project Almost White exhibited last autumn at La Casa delle Letterature in Rome where large sized sculptures interacted and were compared with natural elements in the cloister, which almost casted a single picture.

In the white park, the sculptures-trees which are isolated, white and sharp, raise themselves in the gallery space: the shapes are twisted from the ritual and reflective action to “thrust” renewing their meaning and physical appearance from the moment in which they are brought together in a single installation that gives an appearance of a strongly evocative landscape.

The work of Guatelli is without roots and is uprooted in its original environment, Guatelli’s works is brought to the surface with power and suffering the questions joined with interactions is always complicated and problematic between nature and artifice and their transformation.

here below are some images from LUCA GUATELLI’s the white park. 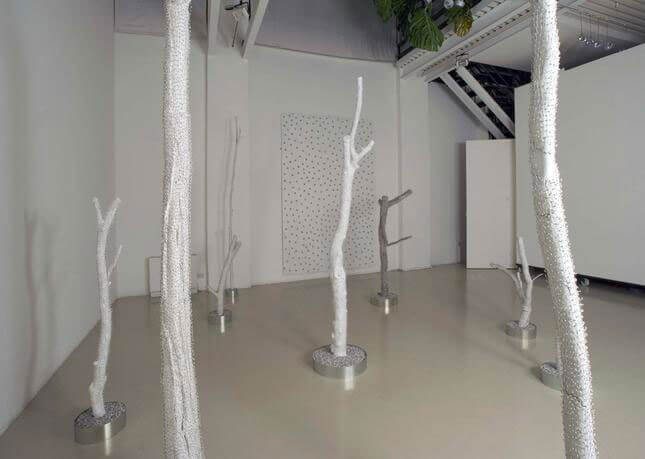 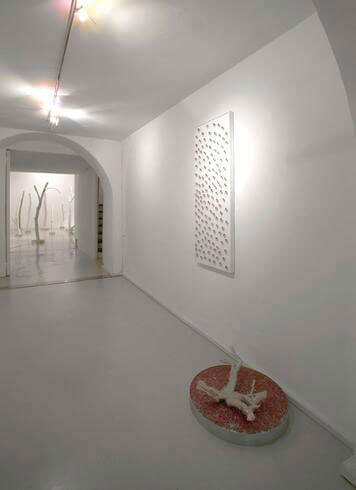 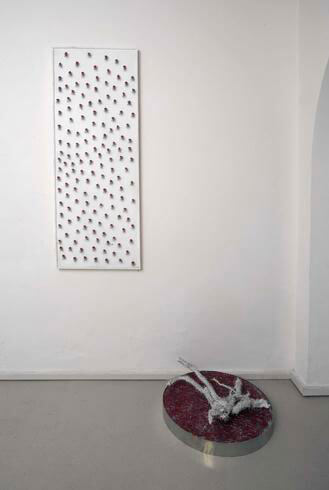