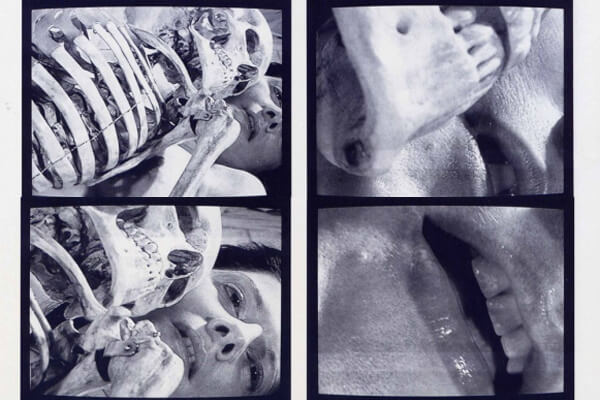 MARINA ABRAMOVIC, born in 1946 in Belgrade, Yugoslavia, is without question one of the seminal artists of our time. Since the beginning of her career in Yugoslavia during the early 1970s where she attended the Academy of Fine Arts in Belgrade, Abramovic has pioneered the use of performance as a visual art form.

The body has always been both her subject and medium. Exploring the physical and mental limits of her being, she has withstood pain, exhaustion, and danger in the quest for emotional and spiritual transformation. Abramovic’s concern is with creating works that ritualize the simple actions of everyday life like lying, sitting, dreaming, and thinking; in effect the manifestation of a unique mental state. As a vital member of the generation of pioneering performance artists that includes Bruce Nauman, Vito Acconci, and Chris Burden, Abramovic created some of the most historic early performance pieces and is one of few still making important durational works.

From 1975 until 1988, Abramovic and the German artist Ulay performed together, dealing with relations of duality. After separating in 1988, Abramovic returned to solo performances in 1989. Abramovic has presented her work with performances, sound, photography, video, sculpture, and ‘Transitory Objects for Human and Non Human Use’ in solo exhibitions at major institutions in the U.S. and Europe, including the Stedelijk Van Abbemuseum, Eindhoven, The Netherlands (1985), Musée National d’Art Moderne, Centre Georges Pompidou, Paris (1990), Neue National Galerie, Berlin (1993), and the Museum of Modern Art, Oxford (1995).

Her work has also been included in many large-scale international exhibitions including the Venice Biennale (1976 and 1997) and Documenta VI, VII and IX, Kassel, Germany (1977, 1982 and 1992). In 1995, Abramovic’s exhibition Objects Performance Video Sound traveled to the Museum of Modern Art, Oxford, the Irish Museum of Modern Art, Dublin, and the Fruitmarket Gallery, Edinburgh. In 1998, the exhibition Artist Body – Public Body toured extensively including stops at Kunstmuseum and Grosse Halle, Bern and La Gallera, Valencia.

In 2000, a large solo show was held at the Kunstverein in Hannover. In 2002, she participated in the Berlin-Moscow exhibition, which opened at the Martin Gropius-Bauhaus in Berlin and finished its tour in 2004 at the State Historical Museum, Moscow. In 2004, Abramovic also exhibited at the Whitney Biennial in New York and had a significant solo show, The Star, at The Marugame Museum of Contemporary Art and the Kumamoto Museum of Contemporary Art, Japan.

Marina Abramovic has taught and lectured extensively in Europe and America including the Hochschule fur Bildende Kunst in Hamburg, and the Ecole des Beaux Arts in Paris. In 1994 she became Professor for Performance Art at the Hochschule fur Bildende Kunst in Braunschweig where she taught for seven years. In 2004 she was awarded an Honorary Doctorate from the Art Institute in Chicago.

She was awarded the Golden Lion for Best Artist at the 1997 Venice Biennale for her extraordinary video installation/performance piece Balkan Baroque‚ and in 2003 received the Bessie for The House with the Ocean View‚ a 12-day performance at Sean Kelly Gallery, New York. In 2005, Abramovic presented Balkan Erotic Epic at the Pirelli Foundation in Milan, Italy and at Sean Kelly Gallery, New York. That same year, she held a series of performances called Seven Easy Pieces at The Guggenheim Museum in New York, which was awarded the prize for 2005-2006 Best Exhibition of Time-Based Art by the United States Art Critics Association.

In 2008 she was honored with the Austrian Commander Cross for her contributions to Art History and in September 2009 decorated with the Honorary Doctorate of Arts by the University of Plymouth, UK.
In the spring of 2010, she had her first major retrospective in the United States at The Museum of Modern Art in New York, and simultaneously performed her durational piece The Artist is Present for more than 700 hours. This retrospective boasts of having been seen by more than 850,000 visitors.

In summer of 2011, Abramovic was bestowed with the honorary degree of Doctor of Fine Arts by Williams College in Williamstown, Massachusetts. In 2011 a theatre piece by Robert Wilson entitled The Life and Death of Marina Abramovic premiered and Abramovic’s retrospective The Artist is Present toured with great success to The Garage, in Moscow.

In January and February 2012 the HBO documentary, similarly entitled, premiered at Sundance Film Festival in Utah and The Canadian Film Premiere, Reel Artists Film Festival, Toronto. This film won the audience choice awards at Berlin Film Festival. A clip from this film of her reuniting with Ulay during this performance has almost 30 million views on Youtube.

In spring of 2012 Abramovic launched a major double exhibition at PAC and Lia Rumma Galleria, Milan showing all new work and unveiling The Abramovic Method to the world.
The artist performed in Robert Wilson’s theatre piece The Life and Death of Marina Abramovic that premiered in Manchester 2011 and then traveled from Madrid in April to Basel, Amsterdam and Antwerp in June of 2012. The piece performed in Toronto at the Luminatio festival and in New York at the Park Avenue Armory in 2013.

Using herself and the public as medium, Abramovic performed for three months at the Serpentine Gallery in London, 2014; the piece was titled after the duration of the work, 512 Hours.
Abramovic founded the Marina Abramovic Institute (MAI), a platform for immaterial and long durational work to create new possibilities for collaboration among thinkers of all fields. The institute inhabited its most complete form to date in 2016 in collaboration with NEON in “As One”, Benaki Museum, Athens.

Her most recent publication is Walk Through Walls: A Memoir, Published by Crown Archetype on October 25, 2016. Her retrospective, The Cleaner opened at Moderna Museet, Stockholm in February 2017 and is touring to the Louisiana Museum of Modern Art in Denmark, Henie Onstad Kunstsenter in Oslo, Bundeskunsthalle in Bonn, and Palazzo Strozzi in Florence.

all exhibitions by MARINA ABRAMOVIC with STUDIO STEFANIA MISCETTI. 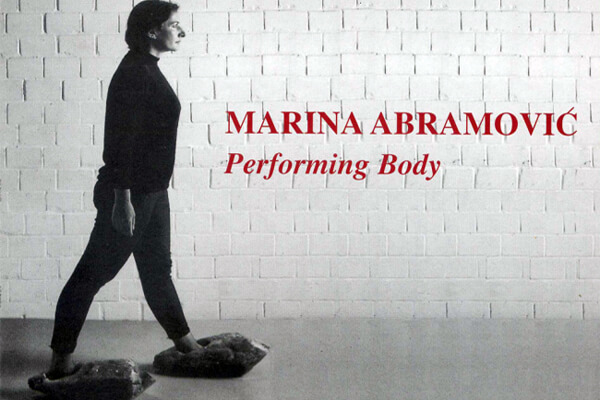 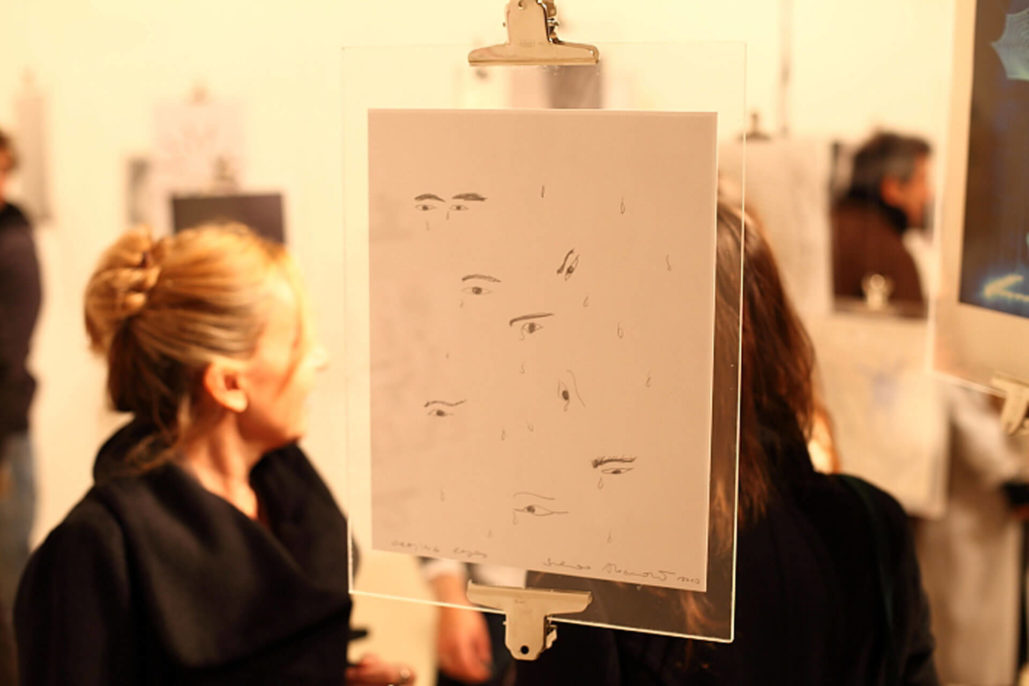 all catalogues by MARINA ABRAMOVIC with STUDIO STEFANIA MISCETTI. 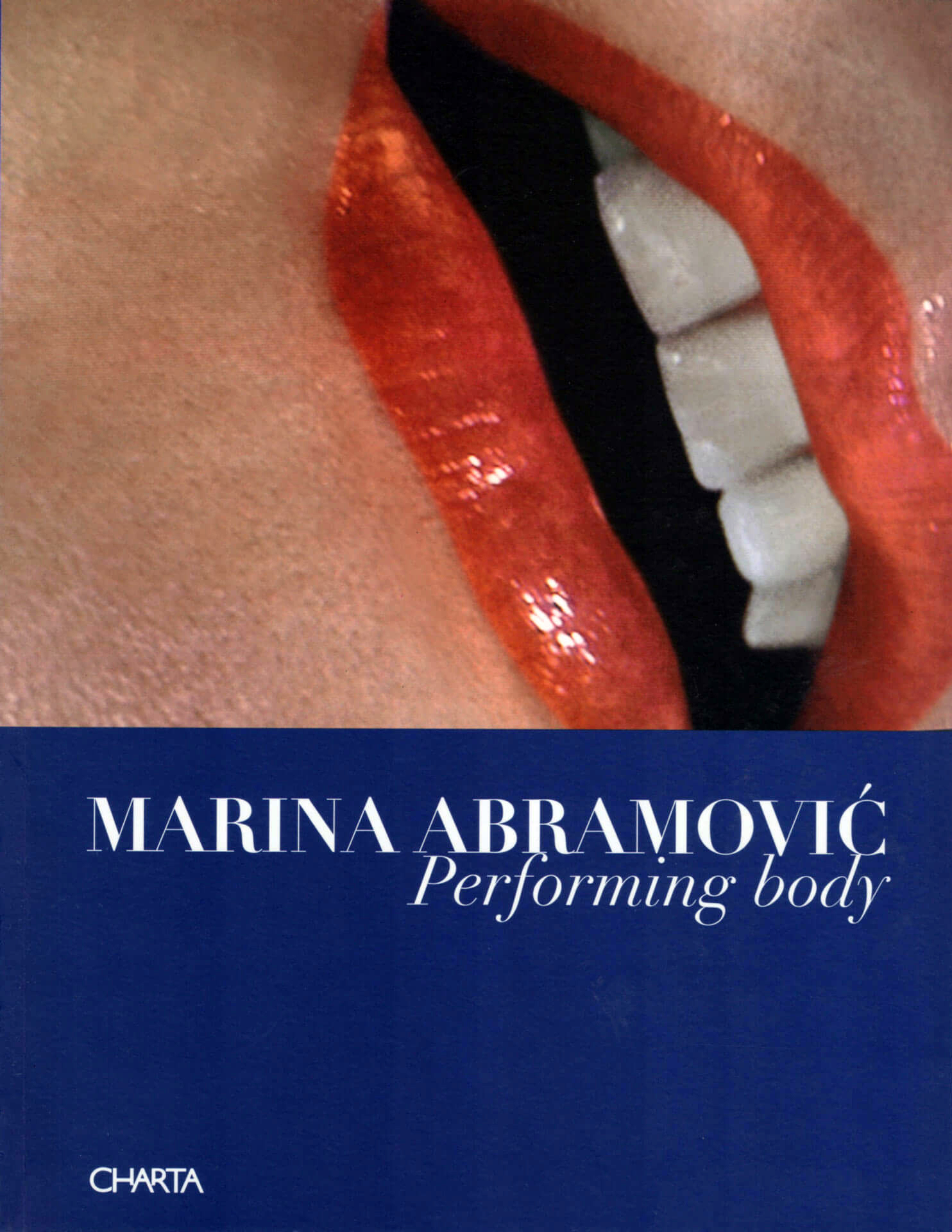