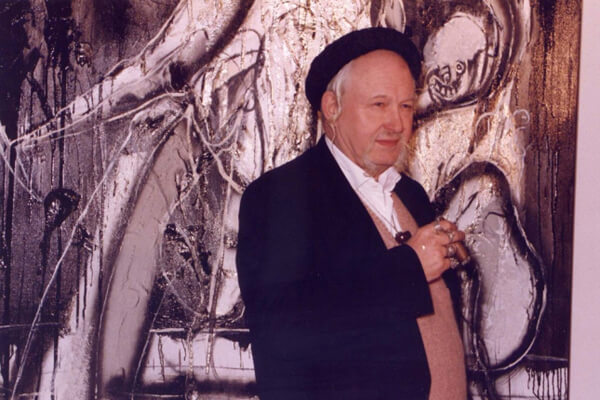 Wolf Vostell, who was born in Colonia in 1932, now lives in Berlin and in Spain.

In Paris, in the year 1954, he began working with and using advertising posters for his de-coll/ages, and in the year 1958 his first ‘happening’ took place entitled ‘Le theatre est dans la rue’: this work exuded one of the most important principles of his artistic endeavours, namely the involvement of the spectators sparked by direct and provocative requests for active and conscious participation.

He is one of the founders of Fluxus: in 1962 he participated in festivals at Wiesbaden, Copenhagen and Paris; in Colonia he created his very own journal entitled ‘De-Coll/age.’

In the 1960s and 1970s, apart from other happenings, his intense activity led to the creation of theatrical performances and actions; similarly to his canvases, these works incorporate the use of natural elements and everyday objects. He utilises traditional methods (such as drawing, painting, serigraphy, emulsified canvases), as well as industrial methods (such as the reinforced concrete of his betonnages, which sparks a discourse on the blocked/blocking nature of society), as well as technological methods (such as film, TV, video and radio).

His works are present in numerous collections, foundations and international museums including the Vostell Museum which he himself founded in the year 1976 in Malpartida di Caceres, in Spain.

The works present in this exhibition were executed in the four months following the fall of the Berlin Wall, and they once again exhibit the artist’s profound involvement in every aspect of our social and political reality.

Many thanks are given to the generous collaboration of the Fondazione Mudima, in Milan.

here below are some images from WOLF WOSTELL’s la caduta del muro. 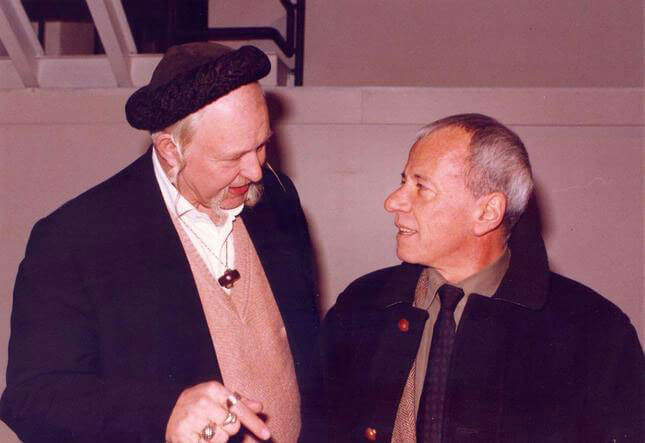 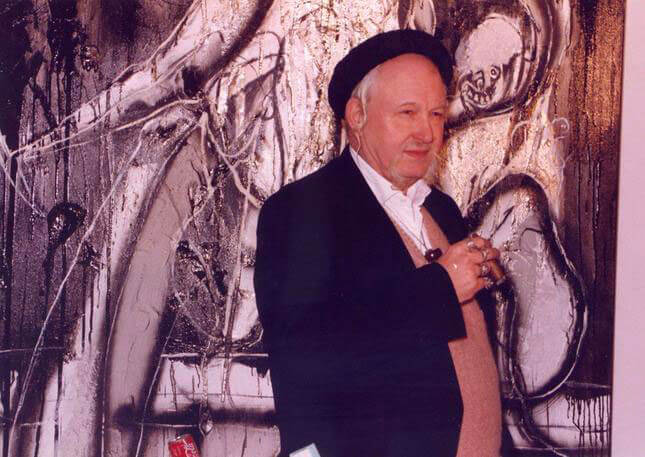 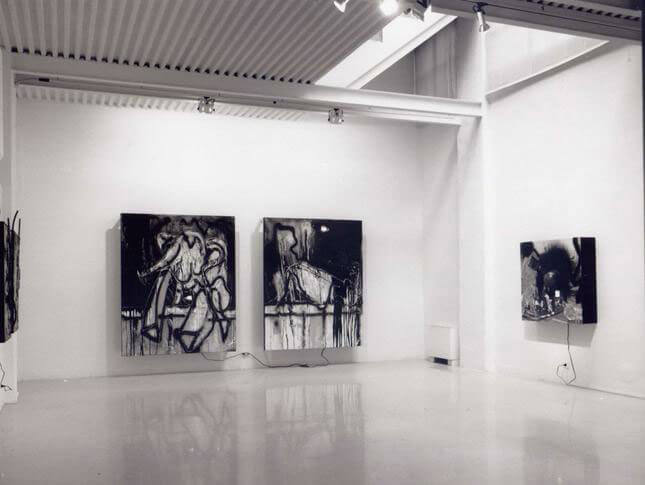 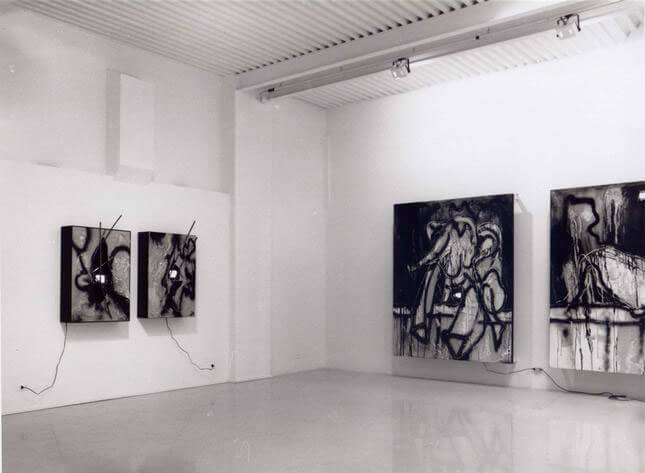 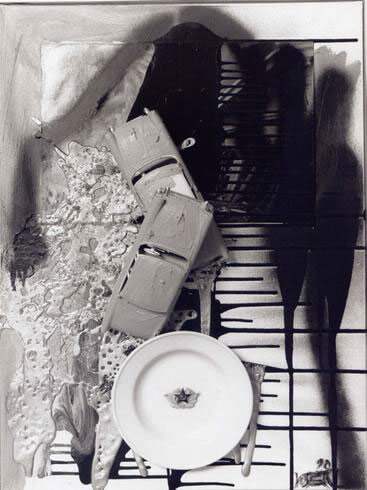 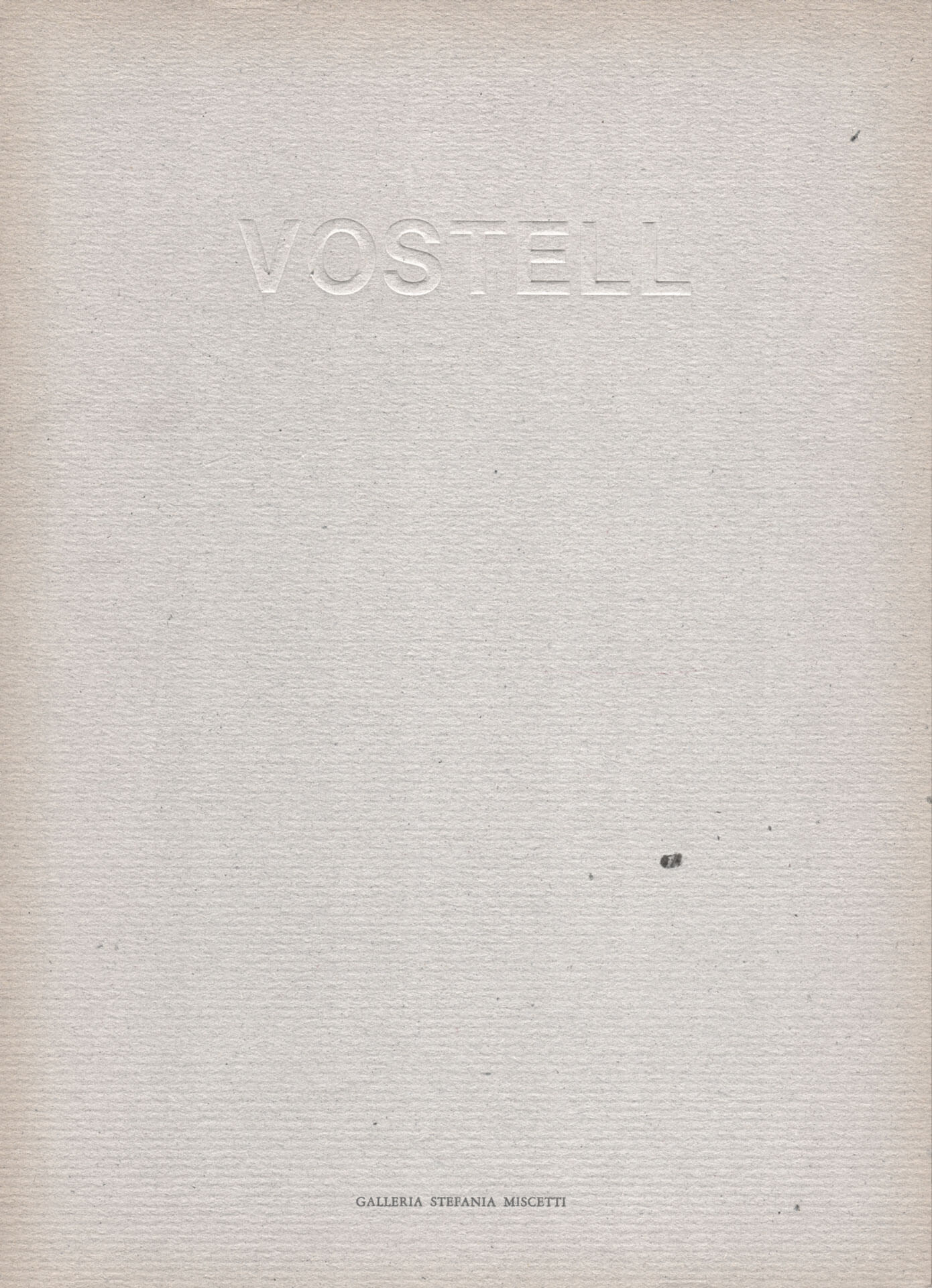