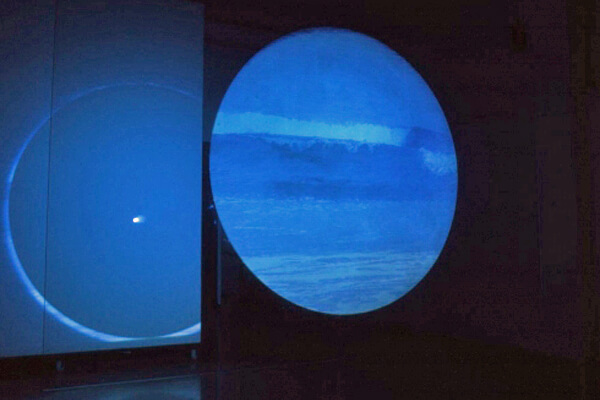 Through their installations Matthew Dalziel & Louise Scullion recreate emotional, often intimately experienced situations in which a decidedly dreamlike quality is wilfully bound up with the microcosmic, everyday dimension of St. Combs, the small, remote Scottish village in which they live and work. The two artists weave images and a simple but very effective narrative around representational acts that are linked to their rural and seaside surroundings, transposing them onto a universal plane by presenting and conceptualising the psychological – and occasionally coercive – conditions that recur in any environment.

In Wing (1995) Dalziel & Scullion recreate, in an exhibition space, the extremely claustrophobic habitat found on battery chicken farms. Four gigantic electric heaters are hung from the ceiling, of the same variety as those used on the farms, while video footage of the birds jammed into batteries is projected onto the warm floor, and hidden loudspeakers emit the shrill song of wild birds. An ambiguous contrast emerges between the two conditions: that of the beasts in captivity on one hand – reduced to a shapeless mass, like an enigmatic, dazed crowd of silent chickens – and the excruciating sounds of the other birds which are still free, but unseen by the audience. The viewer witnesses the chilling silence of the image of the chickens in the battery and the invisible sound of the birds in flight, who desperately search for food among the imaginary debris of an already, irrideemably polluted landscape. The installation spontaneously generates a wide range of metaphors that are deliberately left open-ended by the elemental nature of the opposition.

In Gifted Child (1995), images of a stormy sea and those of a synchronized swimmer in the calm waters of a swimming pool alternate regularly on a circular screen. Again, the contrast between nature and culture is evident in this piece; in its opposition between the impetuous and unpredictable strength of the sea, and the discipline and effort required to stay afloat.

for a more complete artist profile, see the artists’ website.

here below are some images from MATTHEW DALZIEL and LOUISE SCULLION’s british waves. 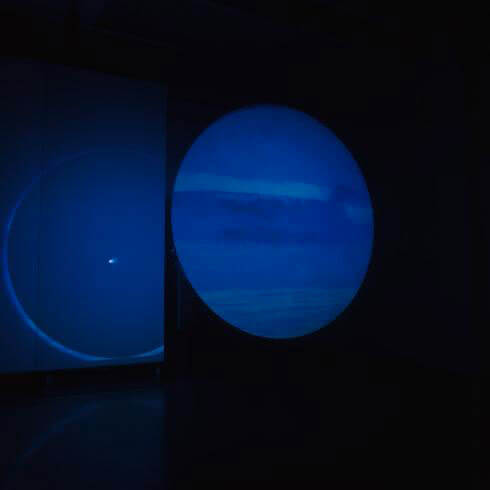