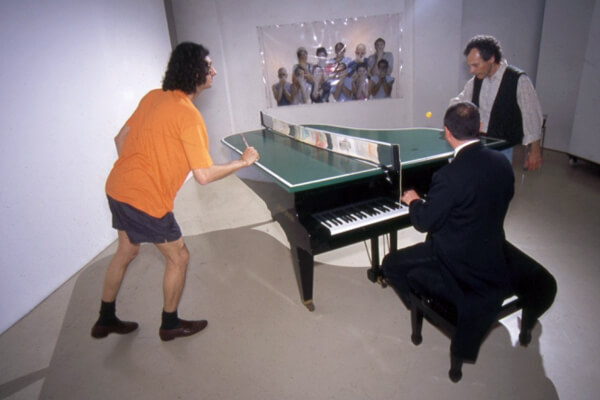 The work of young French artist Eric Madeleine can be split into two clear phases, each with its own working method and practice. The first, beginning in the mid-1990s, saw him create a series of performance pieces in which he used his body to adopt positions and shapes that represented everyday, functional objects: tables, cushions, a swing, a plough… In this period, up until 2000, the artist made his work under the name Made in Eric, presenting and offering himself up not only as a Body-Object , but as the equivalent of any other production site and system.

More recently, in this second phase, his attention has shifted from physical appearances to less material, gestural ground: the gesture as both a sign and the invention of social and interpersonal communication.

Habitudes – Fictions charts both aspects of his output: there are large-format, colour photographic prints from the “Made in Eric” period, as well as drawings from the new phase. In the latter, the artist introduces a series of unusual gestures he has invented for the viewer, offering up “the gesture” as an artwork and creative form.

At the heart of the exhibition is the installation-performance Piano & Metronome: a genuine, playable piano that doubles up as a ping-pong table at which the visitor can try their hand and have a game.

here below some images from ERIC MADELEINE’s habitudes – fictions. 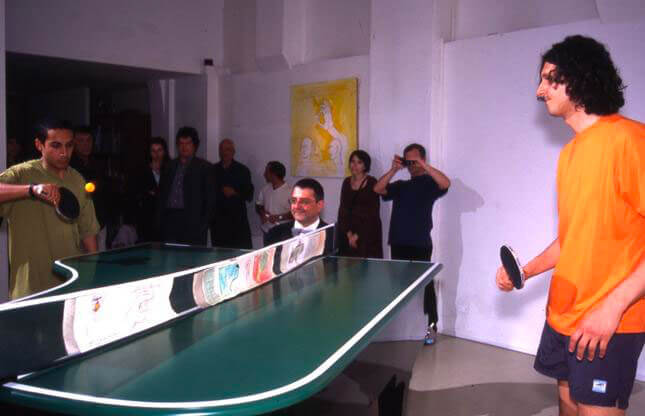 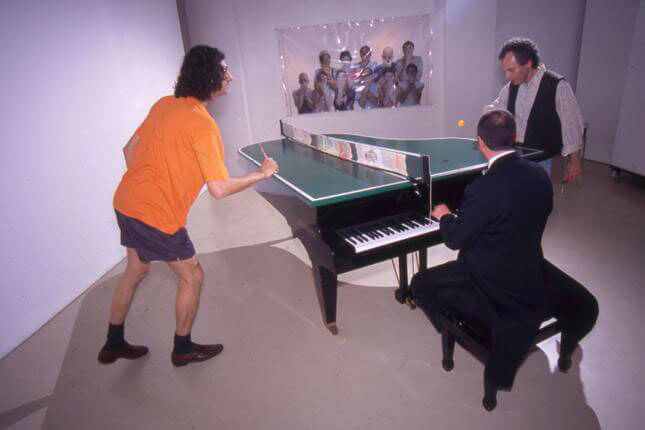 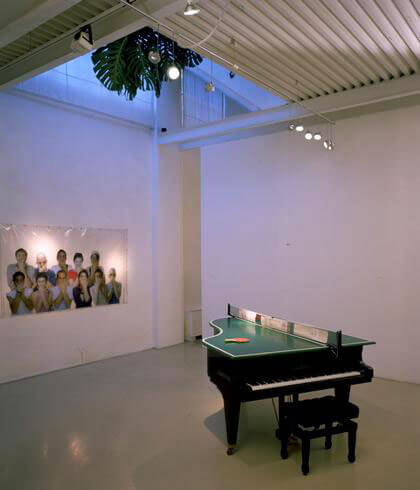 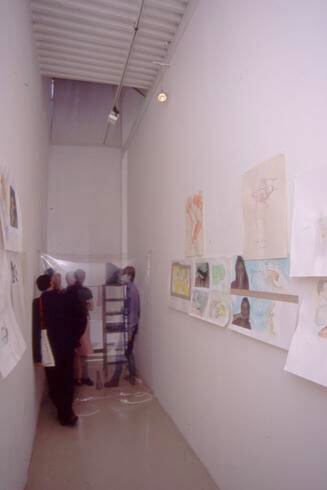