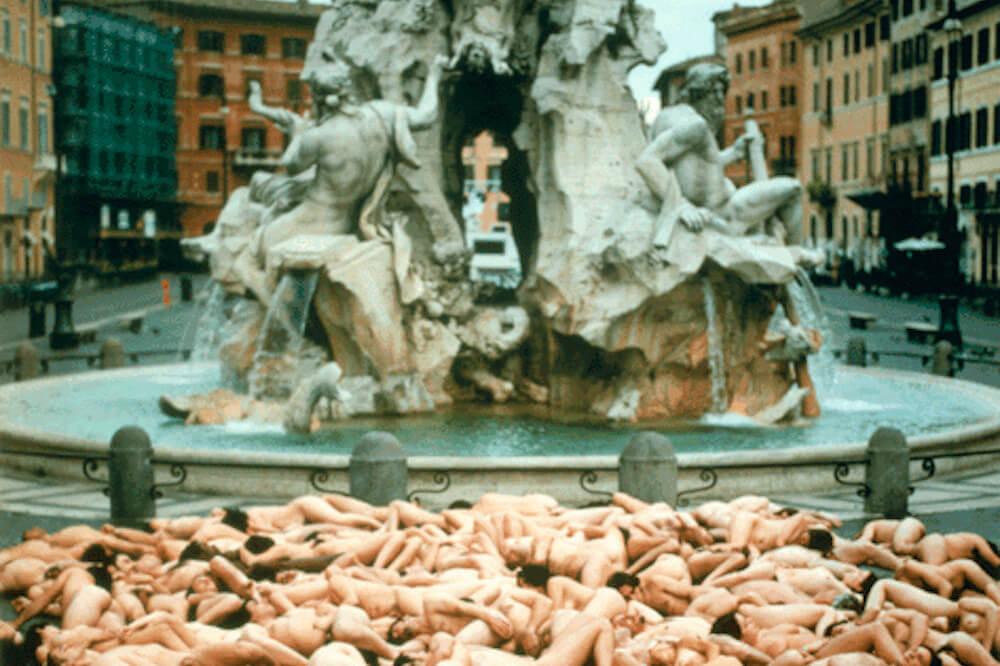 Since the early 1990s the American artist Spencer Tunick has photographed a particular kind of happening of his own invention, in which groups of naked people are spread out on the ground and arranged in space in such a way as to interact with the surrounding environment.

Characterised by the diffuse light that is typical of the dawn hours – and Tunick’s preferred time to stage these performance pieces – the photos are built on a tension between the naked bodies on the ground and the highly distinctive features of the surrounding architecture or landscape. The bodies are organised along vertical axes, and whether crouching or in more natural positions, as if asleep, their striking formal quality originates in the contrast between the vulnerability of the nude and the theatrical presence of the mass. Tunick has tackled the theme of nudity with great rigour and assiduity, in spite of the obstacles that have, rather surprisingly, been put in the way of his work by a city like New York, notably through a series of arrests. These subsequently led to a legal battle that came to an end in 2000 with a United States Supreme Court ruling in the artist’s favour.

The large-scale photos in the exhibition (220×180 cm) are part of a series which Tunick made in Rome as part of the performance piece staged in Piazza Navona in April 2001.

“There is a kind of abstraction that filters through and onto the sidewalk, which gives the body a feeling of vulnerability. I see this as opposed to a very difficult external world, one which has so many elements stacked against it, such as social and environmental problems – problems that clash with the body, which is pure. My art is located at the point where the body attempts to win back the power of the street“.

This exhibition is presented as part of FotoGrafia, Rome’s first international festival of photography.

here below some still images from SPENCER TUNICK’s exhibition. 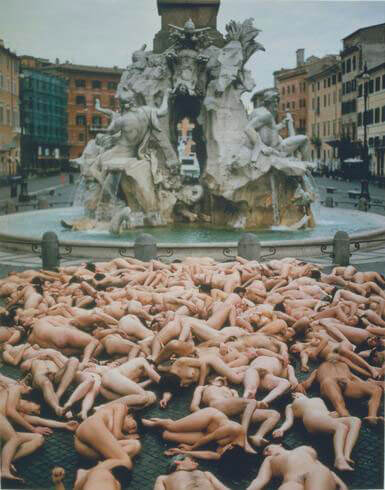 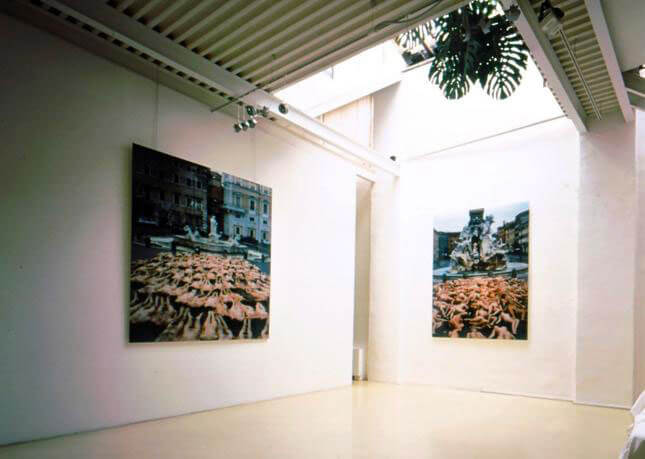 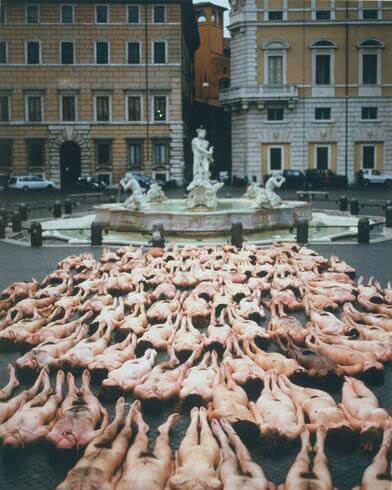 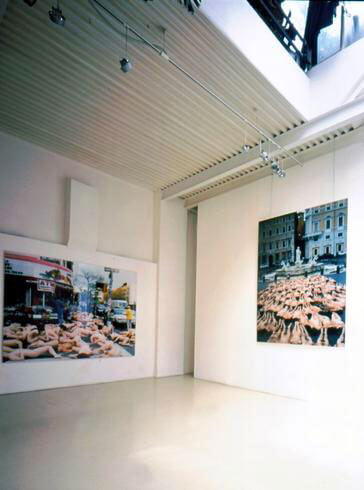